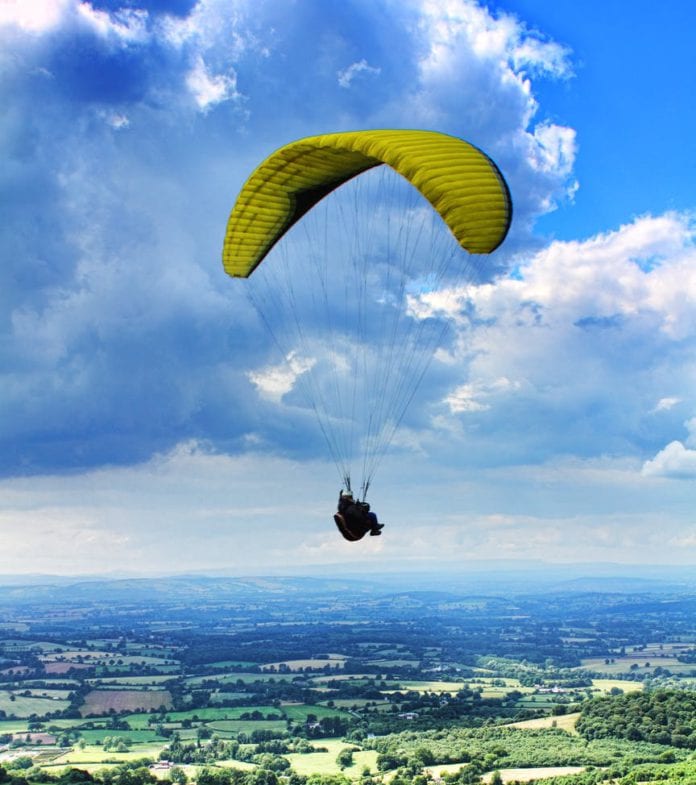 A woman who is going well outside her comfort zone with a charity skydive for Galway Hospice this summer has so far raised almost €10,000 in donations.

Nicola Kissane-Mullin is doing a skydive to raise funds for Galway Hospice this June in memory of her husband and sister, both of whom passed away last year within a few hours of one another.

“Doing a skydive isn’t something I ever imagined myself doing,” Nicola says in donations page for her skydive on Everdayhero.

“It’s certainly not something that ever made my bucket list. The thought alone terrifies me,” she adds.

I’m doing a skydive because I want to do something that challenges me to be brave. I have never witnessed bravery like Mark’s and I don’t imagine I ever will again.”

“I watched him face every day of the last year of his life with a determination to live, despite the great deal of pain he was in and the evidence that was stacking up in front of him that the odds of survival were close to nothing.”

“I want to do it for my sister, who was the person in our family we could always turn to when we needed support.”

“Kerry was the kind of person who would go out of her way to help you, even if it inconvenienced her or made things harder for her.”

“Taking myself outside my comfort zone is one small thing I can do to remember how amazing she was.”

Galway Hospice is the main provider of palliative care in Galway City and County, and is heavily reliant on donations from the public in order to keep up its services for the most vulnerable people in society.

Mark Mullin passed away aged 44 after a year long battle with his second bout of cancer.

He was first diagnosed in 2013, just a year after he and Nicola were married, but overcame the disease and was cancer free until it returned in 2018.

Throughout his illness Mark faced cancer with a “strength of heart” to assure the people around him that he would be okay Nicola says.

“My sister Kerry was the first person I called to break the news to. She was as she always was – supportive, caring and ready to do what she could to help us face it.”

Just a few short hours before Mark passed away on July 2 of last year, Nicola received word that the 39 year old Kerry had died suddenly due to a pulmonary embolism.

“I won’t try to describe what that felt like. I could never find the words,” Nicola said.

“The only thing I can speak clearly about is where I was when it happened. I was in the Galway Hospice, surrounded by the most amazing people I could ever have hoped to have near me. They carried me through the darkest and most horrifying time of my life.”

“Their support is not something I can convey with the kind of accuracy that would reflect the reality of what they did for Mark, and for me – as his wife. It’s the kind of support you can only hope you’ll never need but feel so grateful to have had.”

Nicola heaps praise on the staff at Galway Hospice for the dignity they treated Mark with in the final days of his life, for giving them space when every minute was precious, and for helping him stay himself up to the end of his life.

“We’re going to raise money to do our part to enable Galway Hospice to continue to care for people like Mark.”

“We’re doing it to remember my beautiful sister Kerry, whose absence has left a hole in our family that can never be filled.”

So far 285 people have donated to Nicola’s fundraiser, which has been linked to in the article above, and again here.