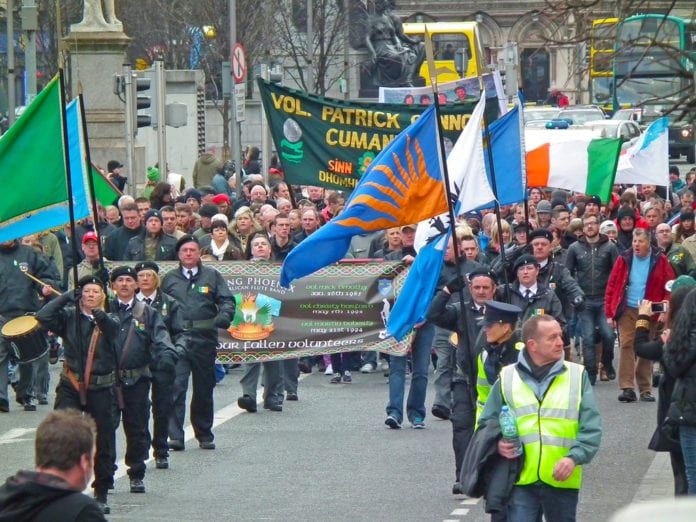 The National Easter Commemoration organised by Sinn Féin will take place online this year for the very first time, due to the current restrictions on travel and gatherings.

The commemoration will be streamed online at 3pm on Easter Sunday and will feature an oration by the party’s president Mary Lou McDonald.

Galway West TD Mairéad Farrell said that due to the current COVID-19 pandemic, Sinn Féin has postponed all of its annual 1916 commemorations and wreath laying ceremonies.

“Instead, at 3pm on Easter Sunday we will be holding an online National Easter Commemoration including music and song and an oration by Uachtarán Shinn Féin Mary Lou McDonald,” said Deputy Farrell.

The Gaway TD added: “Throughout the week Sinn Féin will also host various videos and photographic exhibitions online and we are asking people to wear an Easter Lily and put a tricolour in your window or garden.

“We would encourage children and families to put Easter 1916 imagery, artwork etc in your windows and online, as was done for Lá Fhéile Phádraig.

“We will keep under review the possibility of holding commemorations later in the Summer or expanding our events at Bodenstown.”