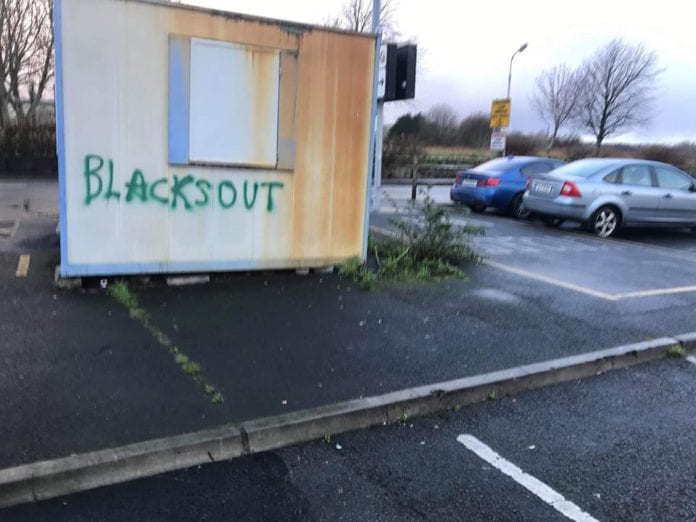 Shocking racist graffiti has been sprayed on a large box in a city car park.

The graffiti, which reads ‘Blacks Out’, appeared on the box in the Black Box car park over the weekend.

It has been reported to Galway City Council, and the Galway Anti-Racism Network has called for its immediate removal.

The City Council was first informed of this on Monday, according to GARN.

GARN has said that this may be connected to the racist poster that was put up in the city around Christmas.

The anti-racism group also said that it may know who is behind the latest display of racism.

In a social media post this morning, GARN said: “There are a handful of people who would do this – both to target a minority community and deliberately provoke anti-racism activists.

“We have an idea who these people are and we will be following up lines of enquiry with Mill Street Garda Station.”

The group said it will directly challenge this on every platform in the city.

“After a massively promising first meeting of the year yesterday, we have a plan in place to root this type of behaviour out of our communities,” the statement said.