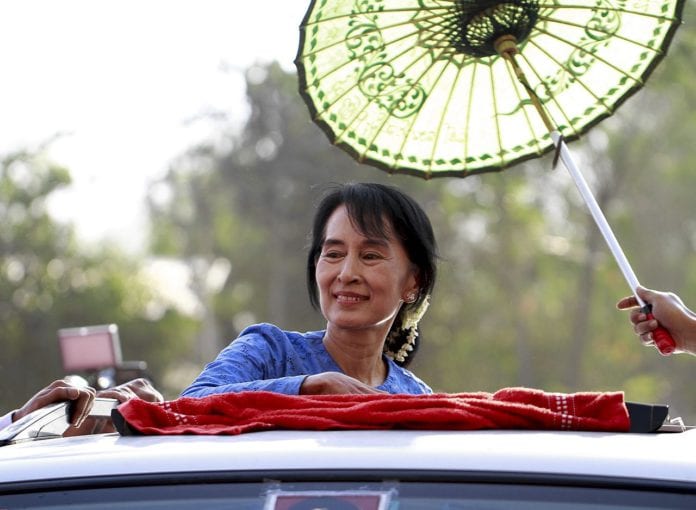 Freedom of the City vote

Galway City Council will hold a vote this Monday on whether to revoke the Freedom of the City honour bestowed on Ms Aung San Suu Kyi of Myanmar in 2005.

The symbolic award was given to Suu Kyi – a Nobel Peace Prize laureate and the leader of Myanmar – for her role in bringing democracy to the former military dictatorship of what was then Burma.

But the Myanmar government’s current genocide against the Rohingya muslim minority – and Suu Kyi’s inaction on the issue – has led to the leader being stripped of many international honours.

Suu Kyi was an outspoken advocate for non-violence, democracy, and freedom and was widely celebrated until the military began persecuting Rohingya muslim minorities in the country’s Rakhine state in 2016.

Characterised by myriad human rights violations – including evidence for mass graves, burned villages, gang rape, arbitrary arrests, looting, and other brutalities against civilians and children – the atrocities have resulted in the displacement of hundreds of thousands of people.

Rohingya Action Ireland have asked Galway City Council to rescind the Freedom of Galway award, saying that it is at odds with Ireland’s reputation as a refuge for the persecuted.

Carlow-based Rohingya refugee and chairperson of RAI Mohammed Rafique commented: “We know what the Myanmar military is doing.

“Stripping any honour from Aung San Suu Kyi will not change the genocide that has occurred in Myanmar.

“By Galway City Council rescinding the honour, it sends a message and clear statement indicating an opposition to Islamophobia, sectarianism, discrimination and blatant human rights abuses against my people.”

Suu Kyi has been widely condemned for her silence and lack of leadership on the issue.

She has limited press freedom and refuses to use the word ‘Rohingya’, stating that the group are not one of the recognised ethnic minorities of Myanmar.

Activists have called for her Nobel Peace Prize to be revoked.

Among other honours that have been stripped from the leader are an Honorary Canadian Citizenship, Freedom of the cities of Edinburgh, Oxford, Newcastle, and Glasgow, and the Honorary Presidency of the London School of Economics Student Union.

Dublin City Council voted to revoke her Freedom of the City award in December last year.

It calls for the recognition of the ethnic status of the Rohingya; an end to the genocide; accountability for the Myanmar government and military; and a return of those displaced to a protected homeland.