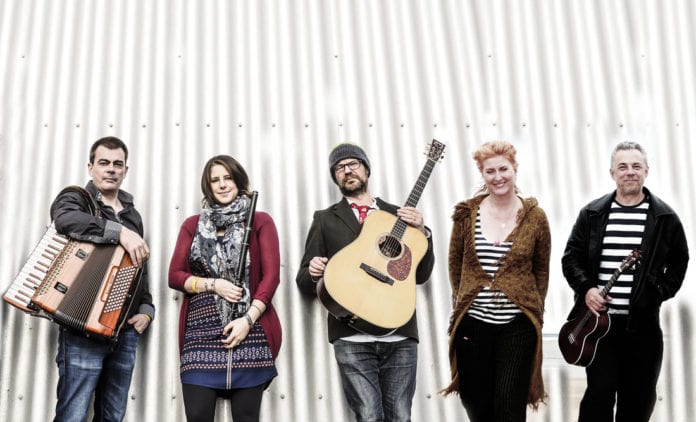 Shorelines Arts Festival has revealed the first part its lineup of music, drama and more taking place in Portumna this September.

Writer and performer Seamus O’Rourke is returning to Shorelines this year with his trademark insight into rural life and edgy humour.

In his latest play From Under the Bed two aging bachelor brothers have reached a point in their lives when they have to make certain decisions about their life. Things like buying a television for instance.

When Eugene McPartland is woken in the night by his brother Pat, wearing his Sunday best and looking to talk, all the ‘auld shite’ that  could have been left under the bed comes into the open.

From Under the Bed is on on Friday September 14 at 8pm in Portumna Town Hall.

The Alan Kelly Gang are returning to Ireland and they’re bringing internationally acclaimed Scottish songwriter Eddi Reader with them in a union of traditional music that’s been called “sumptuous and exceptional” by critics.

Brimming powerful instrumentals, alluring songs and buoyant harmonies, you can catch their concert on Saturday September 15 at 8:30pm at Christ Church.

In other musical news The Irish Guitar Quartet will be on in Christ Church the following evening at 5pm taking listeners around the world with Latin, Folk, and Classic American music.

Jerry Creedon, David Keating, Caoilfhinn nÍ Choileain, and Aengus Kirakowski have all garnered praise as soloists on stage and together they create a truly exciting ensemble.

And closing out Shorelines this year is Little John Nee combining comical storytelling with some original music in Small Holes and Potholes.

Little John has won an Irish Times Theatre Award for Sparkplug and its subsequent RTE Radio drama adaptationon a prize at the prestigious Prix Italia 2013.

Small Halls and Potholes has travelled to Hungary, Croatia, Slovenia, Czech Republic and Vienna as part of a Five Cities Tour.

The Shorelines Arts Festival takes place every year in Portumna, the surrounding area, and on the waters of Lough Derg, placing particular emphasis on how we interact with the water where it meets the land.

Aside from those headline shows there’s plenty more to catch this year including family events with Galway Community Circus, Folk on a Boat concert out on Lough Derg and much more.

The full programme for Shorelines will be published on August 8, giving you plenty of time to see what’s going on at the arts festival that runs from September 13-16.