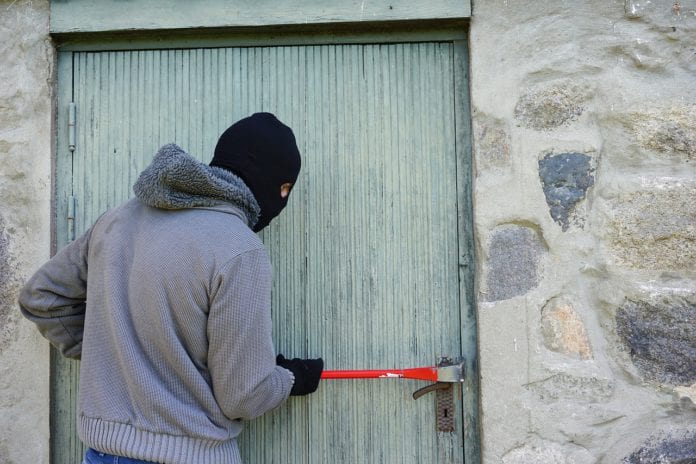 A young Knocknacarra resident was sentenced to 20 months imprisonment in Galway District Court on Wednesday after pleading guilty to a handful of burglaries.

20-year-old Aivaras Vrubliaks of Monalee Heights, Knocknacarra was handed the stiff sentence for a string of burglaries and attempted burglaries in April this year.

The Lithuanian national stole a laptop and laptop bag together valued at €700 between April 16th and 17th from a home on The Long Walk.

He went on to steal another laptop worth €480 along with €80 in cash from a Dun Aengus house at the New Docks on April 18th.

Earlier in April the serial burglar had committed a handful of trespassing and attempted theft offences at Carraig Ban on the Menlo road, where he also interfered with the resident’s car.

Vrubliaks had previously attempted theft at the same address back in February.

The youth was also convicted of possessing a knife at Woodfield Cappagh Road in Barna in October 2016.

Gardaí arrested him after reviewing CCTV footage of the incident at Dun Aengus, which showed the defendant carrying a laptop bag around the apartment complex.

He was observed wearing the same clothing in Eyre Square on April 20th and subsequently arrested.

Vrubliaks made full admissions of guilt to the guards during his interview and pointed them to a secondhand store where one of the laptops – from Dun Aengus – was recovered.

He has 12 previous convictions, all for theft and burglary.

Galway District Court Judge Mary Fahy noted that Vrubliaks was given a chance when he was sentenced in August last year due to his young age.

At that time he was given 160 hours of community service in lieu of six months’ imprisonment.

However, she said, he has since “gone on to more serious crime” by invading people’s privacy and breaking into their homes.

Fahy went on to say that he had “made the wrong choices” before handing down the 20-month sentence – one of the stiffest penalties possible with a guilty plea.