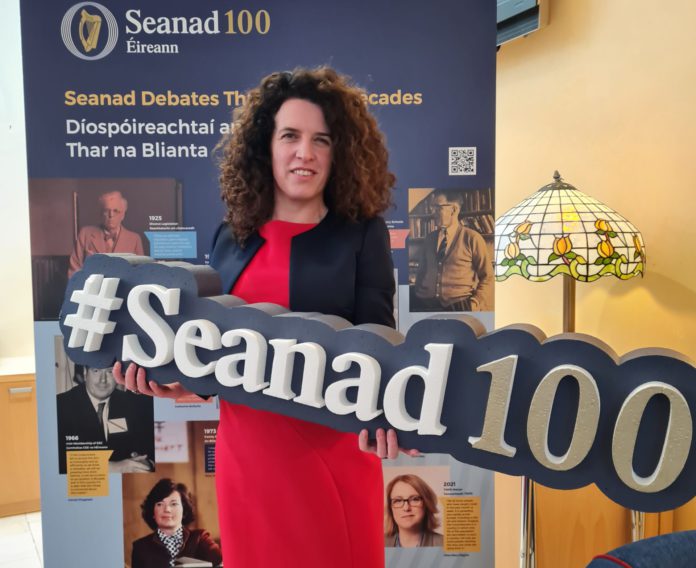 Seanad Éireann is celebrating 100 years of history with a programme of events to celebrate the platform it has provided for marginal voices.

Galway Senator Aisling Dolan described Mary Robinson, one of the speakers who launched the programme, as a “true inspiration”, with 20 years service as a Senator before she became President.

“Mary spoke about how we have the space in the Seanad to debate issues and right now the most urgent of all is Climate Change.”

“For me, I know that it is a privilege to have a position where I can represent where I come from and speak with a strong voice for the West of Ireland,” Aisling Dolan said.

“Being involved in the review of legislation and dealing with emergency legislation all throughout the lockdown, to support people during the pandemic.”

One of the other main speakers at the launch of the centenary was David Norris, the longest continuously serving Senator in the house, and a well known advocate for gay rights.

“Over the last century the Seanad has been a platform for those who have championed and advocated for marginal and minority voices and in many cases leading to what became major changes in our society.”

When the Upper Chamber was first established in 1922 with the creation of the Irish Free State, there were four female Senators. Now, 40% of its members are women.

The programme events for the centenary includes: