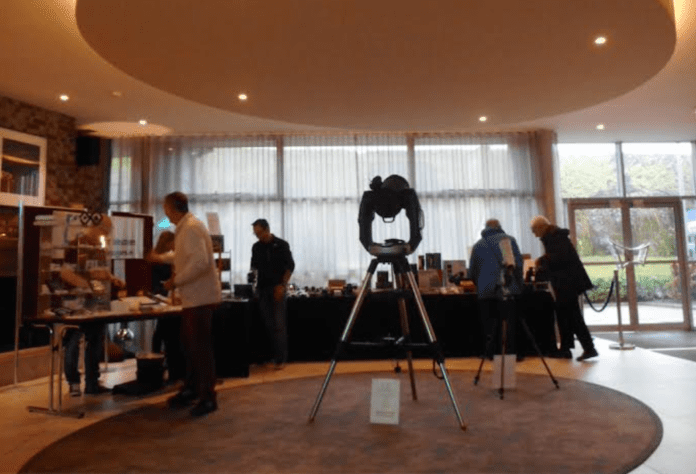 Galway Astronomy Club will host AstroFest in person once again this year, in their new home at the Menlo Park Hotel in Galway city.

The festival will take place on Saturday 28 January with registration open from 9.15am running all day.

For anyone interested in astronomy and science, this event is not to be missed as it includes a series of talks, trade displays, photographic displays and a lunchtime workshop with Tom O’Donoghue – one of Ireland’s best known astrophotographers.

On Friday 27 January, there will be a special screening of CONTACT at Pálás Cinema at 9pm.

Topics to be covered in the festival include ‘Cutting Edge Radio Astronomy in Ireland’ with Jeremy Rigney, ‘Is there Anybody Out There’ with Brian MacGabhann, ‘Ancient Irish Rock Art & Astronomy’ with Aoibheann Lambe, ‘Detecting Exo-Earths with Future Telescopes’ with Nicholas Devaney and to cap off the day, our Patrick Moore Memorial lecture, ‘Artemis and Beyond: Where Past Meets Our Future’ with Shehnaz Soni, an aerospace engineer at NASA coming to us live from the US.

The talks are geared toward a general audience yet appeal to both scientist and layman alike and children over 11 years who are interested in science and space will be welcomed.

The event will end with a festival dinner where people will get the chance to meet and chat with everyone.