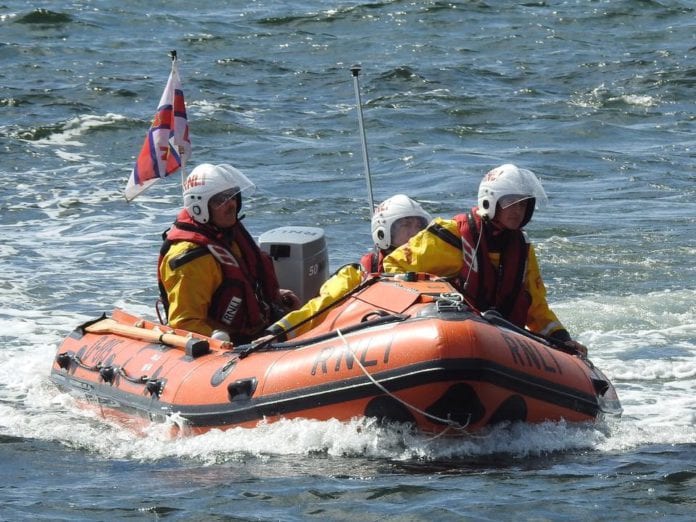 The RNLI came to the rescue of three people on a motor boat in distress in Portumna this week, one of whom was suffering from hypothermia.

The Lough Derg RNLI lifeboat was called out to a motor boat in distress at Portumna by the Coast Guard shortly before 4pm on Monday.

The boat had suffered engine trouble with three people aboard, and when calling for assistance they informed the coast guard that one person needed urgent medical attention after going overboard.

Launching at 3:49pm, the inshore B-Class lifeboat Jean Spier, with volunteer crew Eleanor Hooker as helm, Lian Knight, Ger Egan and Owen Cavanagh on board, made its way to the boat at the north end of Lough Derg.

Conditions were very poor, with low visibility, frequent rain squalls, and winds gusting up to force 7.

One of the three people on the boat had gone overboard while trying to start the engine before being recovered from the water by his companions who went in after him.

The alarm was raised after they managed to get him back in the boat, and immediately realised that he needed medical attention.

Knowing that at least one person aboard was in a serious medical condition, lifeboat crew members Eleanor Hooker, Ger Egan, and Lia Knight boarded the 18ft motorboat.

One person was suffering from hypothermia, and they began administering first aid, providing oxygen and a blanket, and monitoring his condition, while the other two men were also given blankets.

This multi agency operation involved the Coast Guard helicopter 115 from Shannon, Fire and Rescue Service, Ambulance Service and Gardaí along with the RNLI.

The Winchman from Rescue 115 and members of the Fire and Rescue Service were already aboard the motor boat when the RNLI crew arrived.

The man suffering from hypothermia was transferred to the lifeboat by stretcher, along with the other two people, which took them to waiting ambulance crew on the shore.

Lough Derg RNLI helm Eleanor Hooker said “This was a challenging multi-agency rescue operation today and we are so thankful we were able to rescue these three people with the help of our colleagues in the other emergency services.”