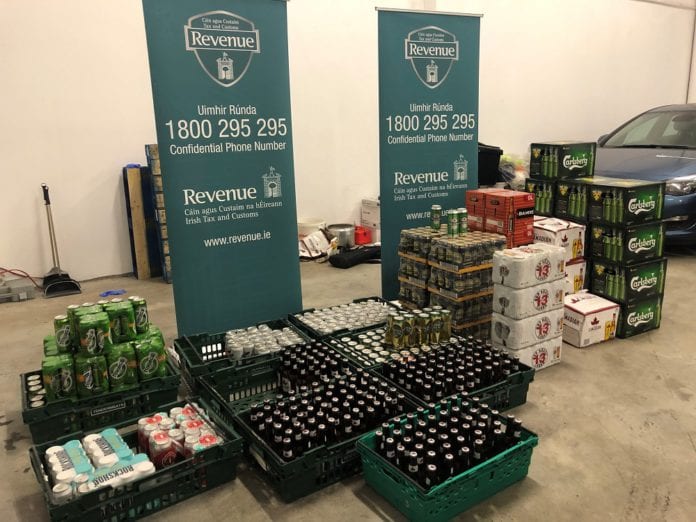 Agents of the Revenue Commissioners seized €11,800 in cash and 809 litres of alcohol in Galway city this week.

The Revenue was granted a three month detention order by Judge John King for the cash on Thursday at Clifden District Court.

It followed a search under warrant of a residential property in Galway city on Wednesday.

The alcohol, with an estimated retail value of €3,500, was seized as no evidence could be given of duty paid, representing a loss of €1,600 to the Exchequer.

A woman in her thirties and a man in his sixties were questioned in connection with this.

The Revenue Commission has said that investigations are ongoing.

The Commission says that If businesses, or members of the public have any information, they can contact them in confidence at 1800 295 295.