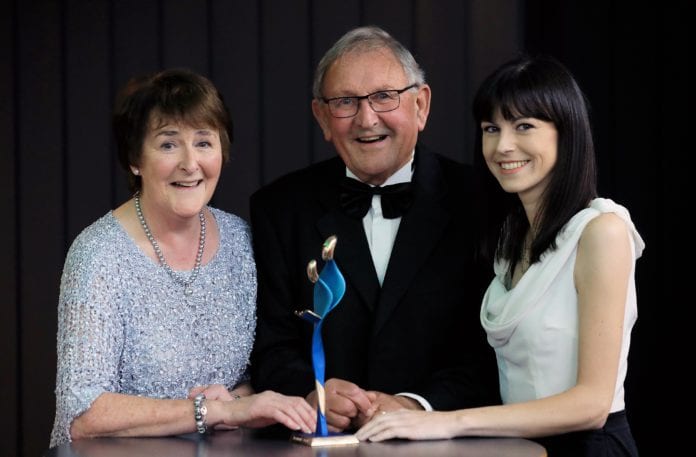 A retired teacher who taught at Tuam CBS was named as the Connacht awardee at the inaugural Teachers Inspire Ireland gala event held in DCU last night.

Seamas Cassidy received the award because of the profound impact he had on the life of his former student Liam Moggan and also on the local community in Tuam.

Seamas also opened up places in his higher-level Maths class to girls from neighbouring convent schools, at a time when certain educational opportunities were restricted for girls.

Seamas’ passion for teaching was renowned locally and he was described as a ‘pioneering adult who helped young people to believe in themselves as individuals and to think for themselves’.

Speaking at the event, the President of DCU, Professor Brian MacCraith, said: “The motivation behind Teachers Inspire was to create a platform that would highlight the work of our exceptional teachers, and give them the validation and recognition they deserve.

“I am delighted to say that this idea has truly captured the public’s imagination.

“We have received hundreds of nominations and heard incredible stories of teachers who have gone above and beyond for their students and their communities.

“They were submitted by schoolchildren, parents, and people whose schooldays are long behind them but who remember their teachers with great fondness and gratitude.

“I congratulate Seamas Cassidy, and all the teachers recognised and celebrated at the gala event.  Their awards are hugely well deserved.”