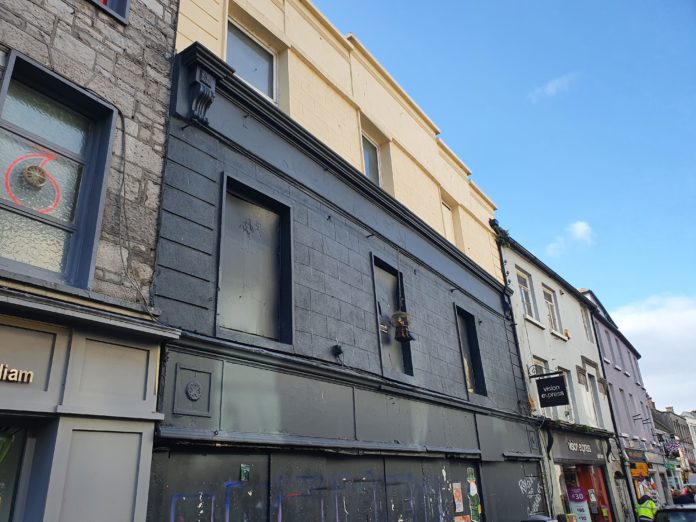 Radical Properties Unlimited has received planning permission for work at No. 47 William Street, a protected structure which dates back to the mid 17th century.

The works being done will include the reconstruction of the chimney stack and a portion of the front façade.

Back in 2018, Galway City Council raised concerns about the dangerous condition of the building with the previous owners.

The building suffered a major fire in 1970, and has been vacant since 1996 when Taaffes store closed, and is in a very dilapidated state.

Planning permission was granted by the city council with ten conditions attached, many of which are related to architectural and archaeological preservation.

An archaeologist and conservation architect must be hired to monitor any works, to ensure the preservation of the original building.

A conservation plan for the long term management of the site must also be prepared and submitted to the city council.