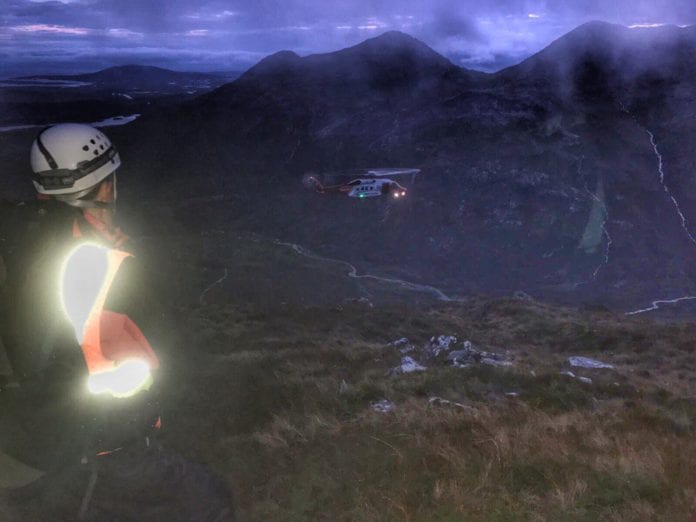 University Hospital Galway has been criticised for its treatment of a rescued tourist showing signs of hypothermia.

Maria Duk waited for eight hours in the accident and emergency area of UHG, while soaking wet and cold, after being rescued.

While hiking, Maria contacted Stephanie, the owner of the hostel she was staying at, when she encountered thick fog. Stephanie then contacted the gardaí.

Speaking on the Keith Finnegan Show, Stephanie said that everyone followed the protocols and that there were no problems until Maria arrived at UHG.

Maria, who has recovered since the ordeal, said: “In the helicopter they treated me very well, they gave me lots of blankets and I started getting warmer and better.

“But then they brought me to hospital, where they checked my temperature and blood pressure and after that they told me to wait for an appointment.”

Maria waited in the accident and emergency area of the hospital, which was crowded at the time.

“I stayed there for eight hours – they didn’t give me anything, no clothes to change into, the blanket I had was very thin basically.

“I was extremely wet – I didn’t have anything dry on me.

“I tried to speak to the nurse a coupe of times and I told them I was very cold – I asked them were they going to do anything and I said can I have a doctor’s appointment, a cup of tea, anything.

“And they said ‘just wait, just wait in the waiting area and someone will take care of you’.

“I was cold and I was shivering and they kept telling me that I would have an appointment.

“I was waiting for ages with no money, my phone was dead until they charged it and I was crying because I didn’t know what to do,” said Maria.

She then fell asleep in her wet clothes and woke up at around 6am on Wednesday morning.

Upon asking once again in the morning about her appointment, Maria was told: ‘if you want to go, just go.’

The hospital has been heavily criticised for its handling of the situation since the story was told on Galway Bay FM yesterday.