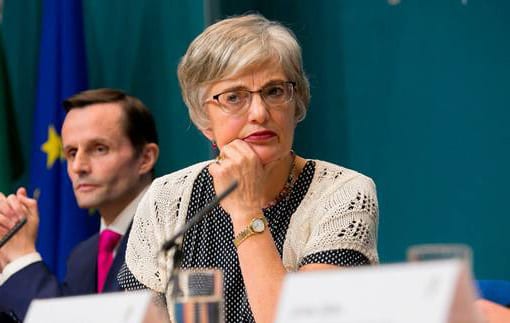 A report by an independent review into the abuse of three children at a foster home in Dunmore near Tuam is due by the end of the month.

Speaking in the Dáil, Children’s Minister Katherine Zappone said the report had been delayed by considerations Tusla had to make about the views of the people involved and the potential impact on their families.

The National Review Panel into the abuse of children handling this case was established in the aftermath of the clerical abuse scandals.

Minister Zappone said it had been expected that the report would be completed by the end of October, but she has now been advised it will be finalised by the end of this month.

Keith Burke was sentenced to seven and half years in prison for raping three girls who were in the foster care of his parents between 2003 and 2007 in April of this year.

The three girls were placed in the Burkes’ care by the HSE’s Galway Community Care.

Shorly after his sentencing hearing, when he first admitted to his crimes, the HSE gave an unreserved apology to the three women.

In an RTÉ Investigates on Prime Time, multiple women came forward to name him and talk publicly about their experiences.

Two women, identified only as ‘Sarah’ and ‘Amy’, not their real names, and Rachel Barry, who waived her right to anonymity, told RTÉ what Burke had done to them.

Minister Zappone was answering a question  posed by Galway West TD Catherine Connolly, who asked why the report was taking so long to complete.

“What horrifies me is that we are now in November 2018 and there is no sign of the report,” she said.

“I understand that all of the files were reviewed in April 2016, the terms of reference were set up in October 2017 and here we are in November this year and there has been no communication.”

Deputy Connolly also asked why there have been so few updates from this panel when the Mother and Baby Home and Charlton Tribunal both communicated regularly.

Minister Zappone said the she understood the frustration that everyone involved was experiencing.

“The abuse suffered by these very brave young women while in foster care in the early 2000s is shocking, and I am very sorry that their lives were so disrupted and deeply impacted by it.”

She said part of the delay was caused by the criminal investigation, which caused the panel to suspend its operations until its completion.

“My understanding is that it will be reporting at the end of this month,” she said.

But that the Minister said she had no more information as this was an independent panel that doesn’t involve her office.