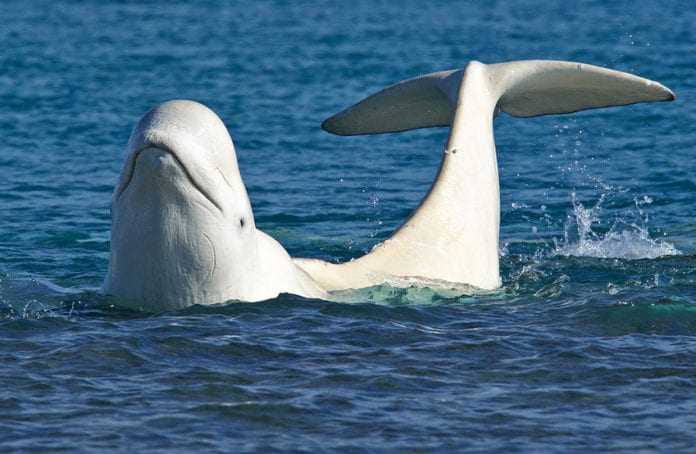 A three year study of Ireland’s Atlantic waters recorded many incredible things that have enhanced our knowledge of offshore species and habitats.

Among the things found in the obSERVE survey were arctic Beluga whales and Leatherback turtles rarely seen in Irish waters.

The survey was carried out in two strains, an acoustic underwater project carried out by GMIT and an aerial survey led by UCC.

Almost 2,200 sightings were made of whales from 20 different species over the course of three years of surveying.

Acoustic detection and tracking found 380 of the large sperm whales, and the endangered blue whale could be detected underwater from up to 200km away by the noise they made.

Galway East TD and Minister of State for Natural Resources Sean Canney said the survey’s findings show how crucial it is that we keep investing in research into our marine environment.

“The information gathered by the ObSERVE Programme has significantly improved our knowledge of the environment, offshore Ireland,” said Deputy Canney.

He added that it would help, “point the way forward for future regulation and sustainable development in tandem with advancing the conservation of protected species.”

The GMIT acoustic survey was done in partnership with many groups including the Marine Institute, JASCO Applied Sciences, SMRU Consulting and the Irish Whale & Dolphin Group.

It was designed to provide in depth scientific data about whales based on the sounds they make.

To do this work a mix of methods were used. Static deep sea listening devices, specially designed to withstand extreme pressures, captured sounds from deep diving species that rarely approach the surface.

To more data an array of hydrophones were dragged behind the Celtic Explorer and other research vessels.

But it also broke new ground with “the first insights into rare and illusive species that spend nearly their entire life underwater at great depths.”

The acoustic and aerial surveys together allowed researchers to estimate whale numbers in Irish waters through the seasons.

Minke whales are the most common with approximately 12,000 in summer and 5,000 in winter, and significant sighting of calves.

At least three species of the deep diving beaked whale were recorded along the continental margin estimates of 2,500 individuals in summer and 4,000 in winter.

The aerial survey also provided a lot of information about the importance of the Atlantic margin for seabirds.

Almost half a million birds birds were found in the study area in summer and winter from 24 different species.

White-tailed Tropicbirds, usually found in tropical areas as you guess, were among those seen from the air.

Bottlenose dolphins were also among the marine life that the obSERVE survey studied the movement and distribution of.

Their numbers were much larger in winter than summer, with with densities in the winter of 2016 being among the highest ever recorded.

The aerial survey used trained observers flying over the sea in a specially equipped plane to record the occurrence, distribution and numbers of whales, dolphins, porpoises and seabirds, sharks and sea turtles.