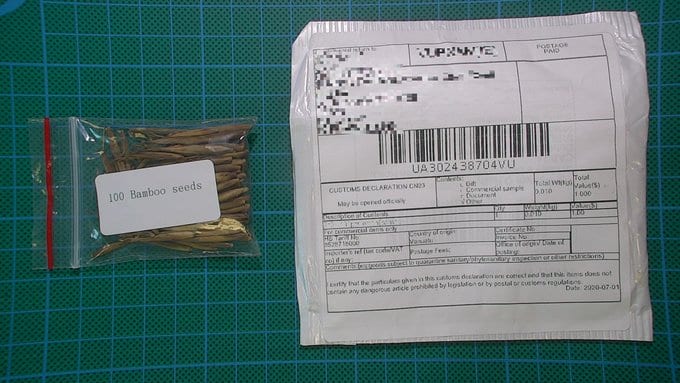 People have been urged to contact the Department of Agriculture if they receive unsolicited parcels of seeds in the post.

This comes after the Department received 32 reports of people receiving the bizarre packages.

It is likely that the seeds are being posted out as part of a ‘brushing’ scam – where companies send out parcels as part of fake orders.

The packages containing seeds are being posted from China and Vanuatu in the South Pacific.

People have been warned against planting the seeds, as they might be invasive and they might contain diseases. This could affect the agricultural industry and biodiversity.

Minister of State in the Department of Agriculture Pippa Hackett has urged people not to plant or compost the seeds.

“Retain the packaging and email plantimports@agriculture.gov.ie for details on what to do,” said the Green Party senator.

Rape seed, petunia, kiwi and bamboo are among the seeds that have been sent to Irish homes so far.

All 50 US states have issued warnings about similar packages of seeds coming from China.

The United States Department of Agriculture said: “At this time, we don’t have any evidence indicating this is something other than a ‘brushing scam’ where people receive unsolicited items from a seller who then posts false customer reviews to boost sales.”