A public meeting on the ongoing cost of living crisis will be held in Galway city in September.

The meeting has been organised by the Cost of Living Coalition and will be addressed by political representatives from a number of parties.

Those in attendance will hear how the crisis affecting the people of Galway and how people can build a national campaign to fight back.

Sinn Féin TD Mairéad Farrell, NUIG Students’ Union Vice-President Imogen O’Flaherty Falconer, Conor Burke of the Socialist Party and People Before Profit rep Adrian Curran will be among the speakers at the meeting.

The event will take place at the Western Hotel on Monday 12 September at 7.30pm. 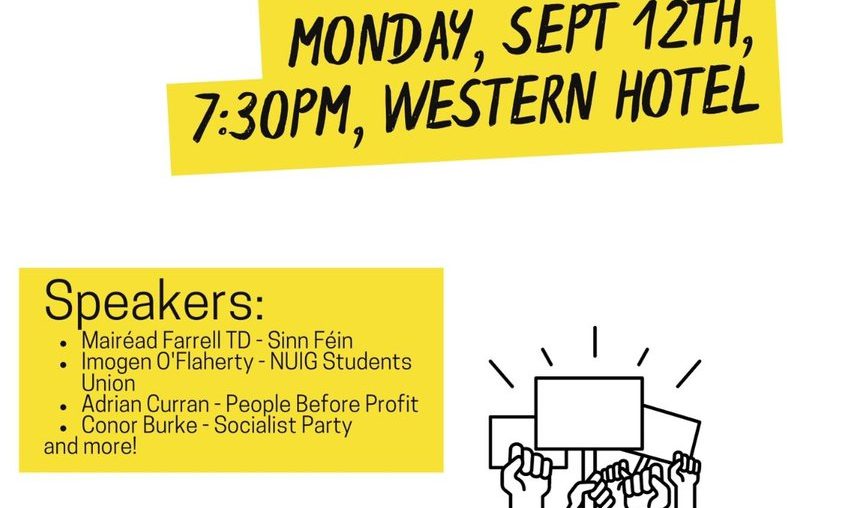