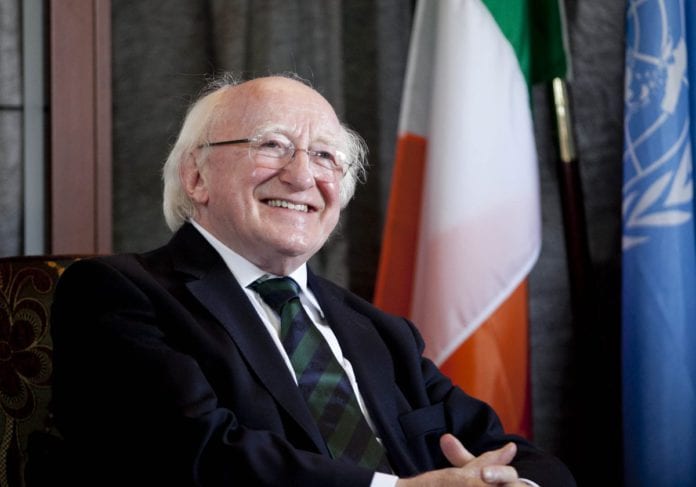 President Michael D Higgins has delivered the expected news that he will seek a second term as Uachtarán na hÉireann.

It was widely reported last month that President Higgins informed the cabinet of intention to run for a second term, but his office declined to make a statement at that time.

When he ran for office in 2011 Michael D Higgins said that he would only be a single term president. But, in a statement today, announced that he had changed his mind and would be running again as an independent candidate.

“I have given long and careful consideration to this decision. I believe there are good foundations for the further development of the Office of President and that the experience I brought to, and have gained within the role, could be of particular value as we enter a period of great challenge and possibility, at home and abroad.” he said.

Other candidates who have expressed interest in running for the office of President include Senators Gerard Craughwell, Pádraig Ó Céidigh, and Joan Freeman (founder of Pieta House).

Senator Michael Craughwell was highly critical of President Higgins’ decision to leave his announcement this late.

He said that it left other candidates with little time to seek the backing of four local authorities and was a strategic move to stop an election from happening.

In order to qualify to run for President a candidate must have the support of 20 members of the Oireachtas, Dáil or Seanad, or four local authorities.

However Fianna Fáil leader Mcheál Martin has said that he supports President Higgins decision to run and Fianna Fáil will not be backing another candidate.

It is expected that Sinn Féin will put forward a candidate of their own, as party leader Mary Lou McDonald had said that she feels its important that an election takes place, but that the matter would ultimately be decided by the party’s Ard Comhairle.

It’s not known yet what Fine Gael’s plans are, chairperson of the Fine Gael parliamentary party said it will be discussed at the weekly meeting of TDs and Senators.

Michael D Higgins has strong roots both personally and politically, in Galway. He was a student and later a lecturer at NUI Galway, where he still returns on occassion. His wife Sabina is from Galway, and it was here he began political career; serving as Mayor of Galway and as a TD for Galway West until 2011.

The 2018 presidential election, if one takes place, has been set for October 26 or 27, the same date that voters will go to the polls on two referendums on language in the constitution about blasphemy and women’s place in the home.