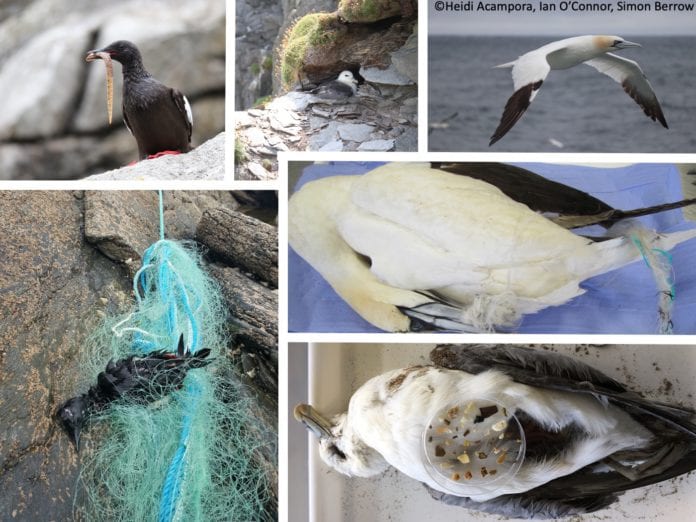 GMIT is finding a novel way to highlight the impact that marine pollution is having on wildlife by using stuffed animals to highlight to showcase how made made pollution caused their deaths.

The project,“The art of ethical taxidermy in marine science education” has been given funding from the Irish Research Council to raise awareness of the effects of pollution on seabirds.

We are very excited to have the opportunity to bring together a very creative team to produce this novel educational project,” Dr O’Dwyer says.

“The seabirds we will be using were exposed to a range of man-made problems in their natural environment, including plastic pollution, oil pollution, and lost fishing gear.”

Aside from Dr O’Dwyer, two other scientists at GMIT will be involved, Drs Ian O’Connor and Heidi Acampora, all based at the Marine and Freshwater Research Centre in GMIT’s Dublin Road campus.

The team plan to create thought provoking displays highlighting these animals’ demise to promote conservation of the marine environment.

“As part of the project, we will also produce a video highlighting ongoing issues facing seabirds, along with the process of ethical taxidermy and its application in marine science education.”

“By highlighting these issues through art and media, we hope to shed some light on priority areas targeted in the United Nations’ Sustainable Developmental Goals: Preventing and significantly reducing marine pollution; and, sustainably managing and protecting marine and coastal ecosystems”.