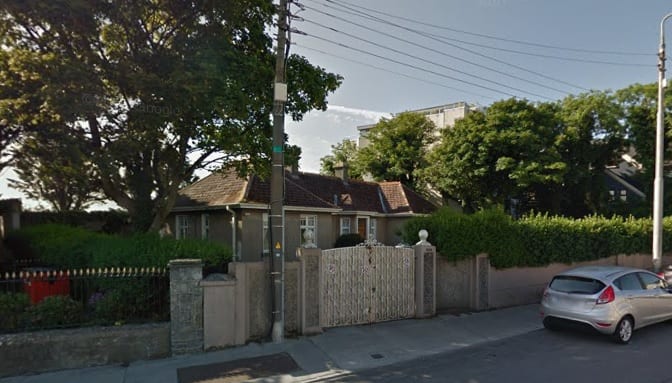 A planning application is currently with the city council to demolish a house and redevelop the site for an infill apartment complex.

Catena Property Company Ltd are applying for permission to demolish a house at 105 Salthill Road Upper and build 39 apartments with balconies on the site.

According to the the developer’s application, the single-storey home to be demolished has been vacant for some time.

The design also includes a ground floor courtyard with sculpture and a play area, and a rainwater harvesting system.

Both blocks would also have roof gardens and patios at the penthouse level.

One objection has been received by the city council by the owners of a neighbouring property.

They are concerned that the size of the apartment complex represents a significant over development of the site, with a plot density beyond what’s permitted by the city development plan.

Concerns were also raised that the eight storey block would be significantly taller than any other building in the area and would both overlook and overshadow neighbours.

Galway city council is due to make a decision on whether to grant planning permission for these apartments by January 3.