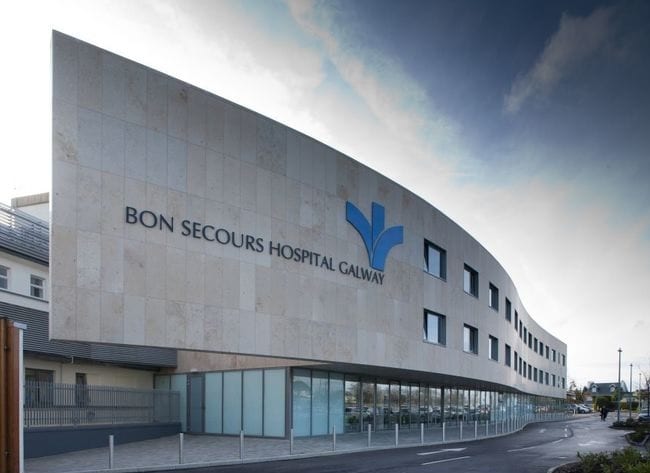 Galway City Council has granted planning permission for an extension to part of the Bon Secours hospital on the Old Dublin Road.

The main extension in the operating theatre department includes a medical equipment room, a service room for said equipment, a central sterile services department, and storage rooms for consumable oxygen.

The Bon Secours Hospital in Galway is a 120 bed acute hospital offering a range of surgical and medical services.

Since 2006 the hospital has been expanded on multiple occasions, with that 2006 extension including four operating theatres, three minor procedure rooms, and more.

A planning report for this application stated: “It is now proposed to provide much needed Operating Theatre storage for medical equipment and extend the existing operating theatre plantroom required for existing medical spaces.”

As the proposed extension is not expected to increase patient or staff numbers at the hospital, no additional parking is required.

Planning permission was granted by the city council with a total of nine standard conditions attached.