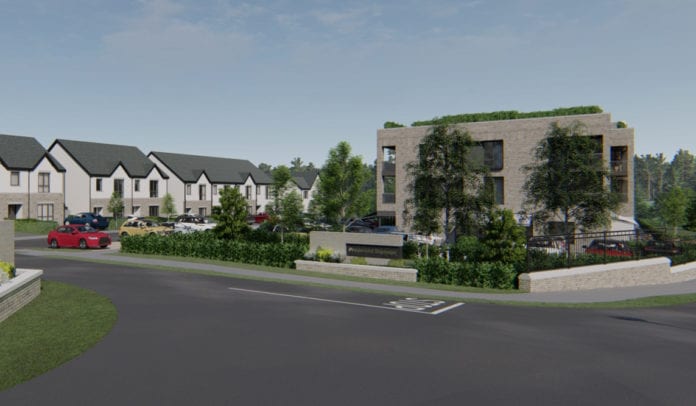 An Bord Pleanála has refused planning permission today for a large scale housing development in Rosshill which included plans for 342 houses and apartments.

Kegata Limited made the Strategic Housing Application to An Bord Pleanála in January for the development at Rosshill, Galway City, the residential side of which would have consisted of 185 houses and 157 apartments.

Access road and junction improvements would have been made at Rosshill Road and the Old Dublin Road.

Planning permission was refused by An Bord Pleanála in a decision announced today with three reasons given; environmental concerns, strain on local infrastructure, and poor residential amenity design.

The board said that given the information contained within the application’s Natura Impact Statement, it could not be satisfied “beyond reasonable scientific doubt” that the development wouldn’t have an adverse impact on the Galway Bay Special Protection Area.

The board also said that it would be premature to build something of this scale in the area due to “deficiencies in the wastewater network in the area”, and the length for which this deficiency could persist.

The final reason given for the refusal was that the design an layout of the development would seriously injure the residential amenity of future occupants.

“It is considered that the proposed development results in poorly defined and poorly overlooked streets and open spaces, a high number of cul-de-sacs, and a lack of variety and distinctiveness in the design of the dwellings”.

An Bord Pleanála’s decision was welcomed by several city councillors who were opposed to the project on the grounds that it was a poorly planned development.

Fianna Fáil councillor Alan Cheevers said he was glad with the board’s decision, saying that the local infrastructure would not support a development of this scale.

“I am particularly satisfied that the board thoroughly assessed the residential amenity value of what was proposed and found it totally insufficient”.

“The decision of the board also clearly infers the environmental sensitivities of this location are not suitable for the type of high density development proposed.”

Councillor Owen Hanley said “During a housing crisis it is of course tough to see a housing development fail to proceed but that is not an excuse for poor planning.”