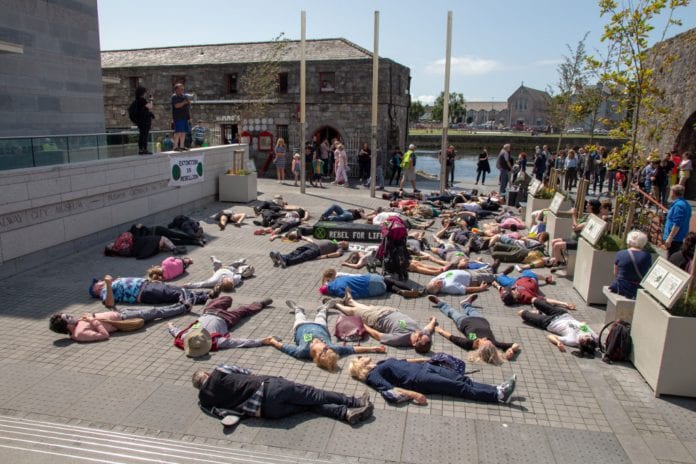 Local activists staged a ‘die-in’ on Saturday near the Spanish Arch where they pretended to be dead to symbolise the destruction of the natural world for profit.

With their faces painted to resemble skeletons, they marched through the city centre behind a coffin, where they were greeted with support from the wider community. 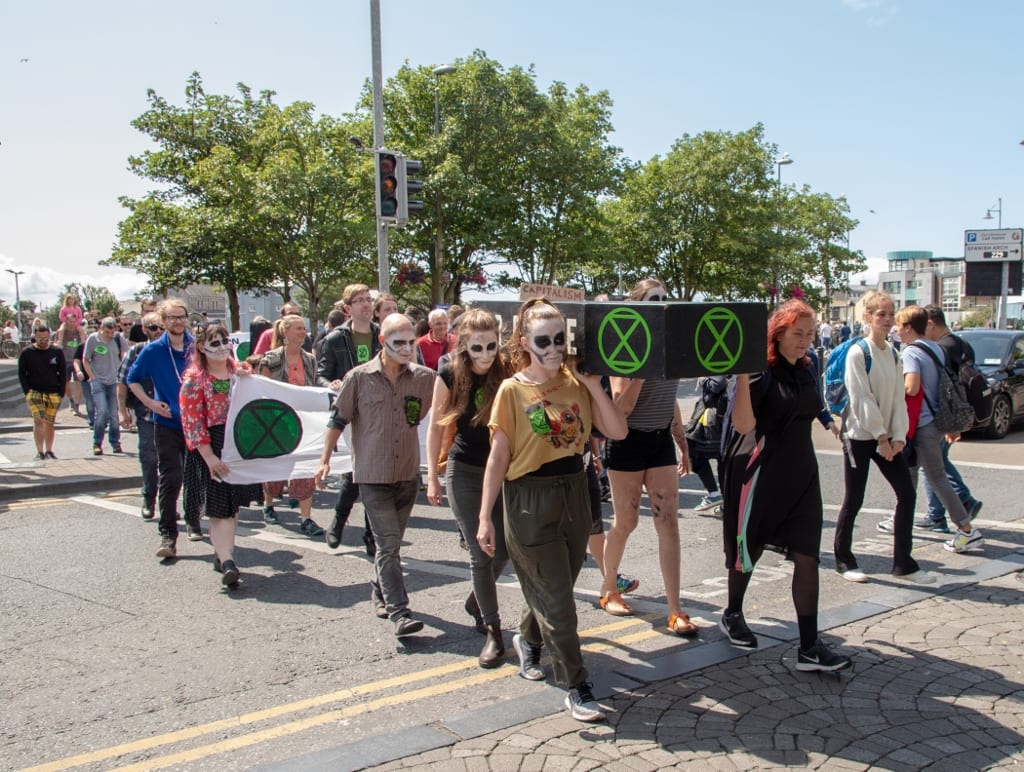 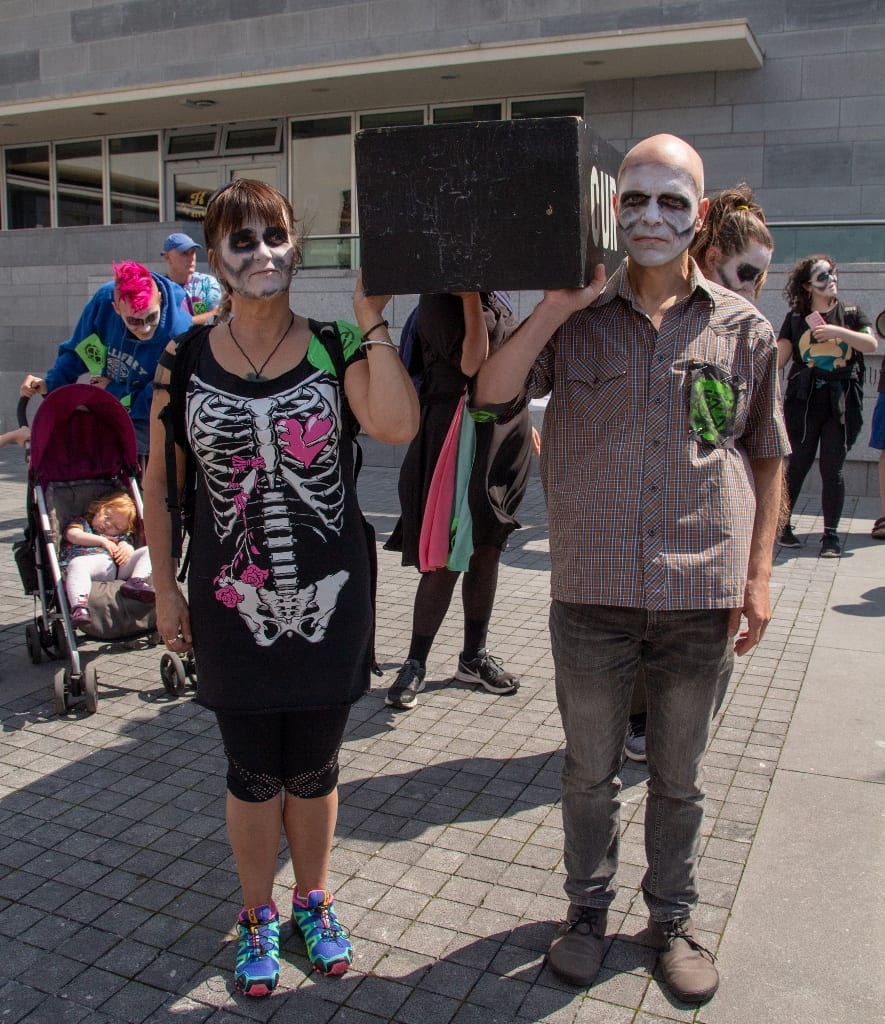 Extinction Rebellion Galway is calling on the local authorities and the Irish Government to take radical action to combat climate change, to act like and acknowledge that we are currently facing an emergency unlike anything before.

In a satatement, the group said: “We demand that the Irish government act to immediately halt biodiversity loss and reduce greenhouse gas emissions to net zero by 2030, while reversing all policies not in line with that position.” 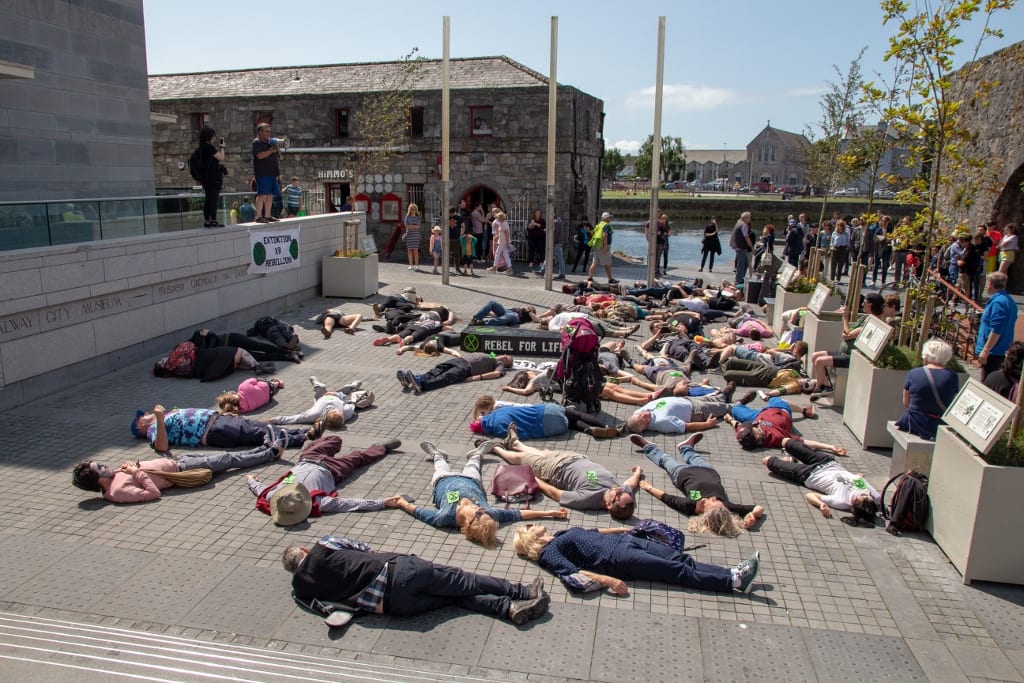 School strikes are planned to go ahead on the 20th of September before the broader Earth Strike on the 27th.

The second global non-violent rebellion will begin on October the 7th.

The next meeting for the Galway group is on the 12th of August, 6 o’clock, in An Mhetheal Rothar, the local community bike shed near NUIG.