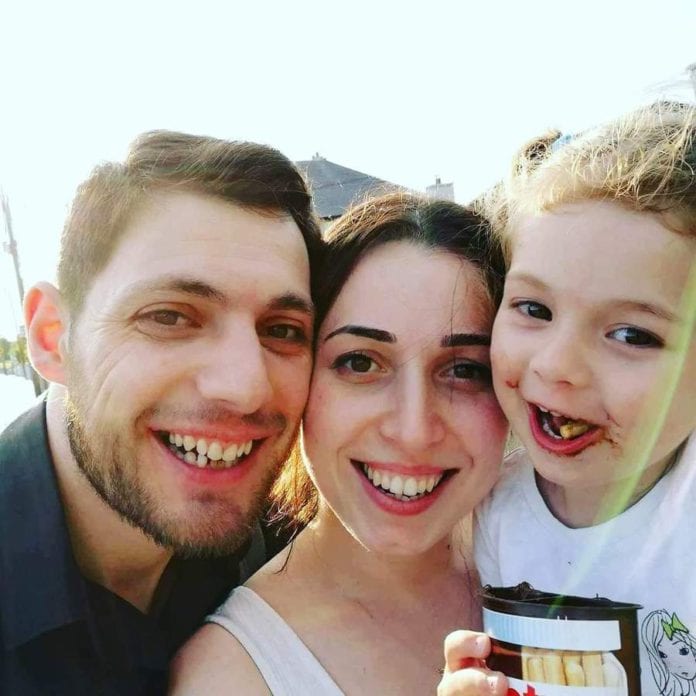 A petition to return a married man with a three year old daughter, deported after living and working in Galway for 12 years, has amassed more than 1,300 signatures in two days.

According to Galway Anti-Racism Network, Vahram Barcegyn Artunyan, known to his friends as Dave, first arrived in Ireland from Armenia as an asylum seeker 12 years ago.

A few years after leaving the Direct Provision system, and working to support his family, Vahram married his partner Viktoria.

The couple welcomed the birth of the daughter, who turned three this month shortly before her father was deported, not long after.

Vahram was reportedly detained and deported to Armenia last Thursday, August 16, while performing his monthly signing-on with the Department of Justice.

Galway Anti-Racism Network created the petition to ask Minister for Justice Charlie Flanagan to re-unite Vahram with his family after his godfather, Marjan Dakaj, told them his story earlier this week.

GARN says that after the birth of his daughter, Vahram approached the Department of Justice to explain his living situation and was told to sign on with them monthly.

During the three years he was doing so, Vahram was apparently served with deportation orders several times, but he was told by his solicitor that it was “harmless” and that he should continue signing on.

GARN go on to say that, “By the time Marjan received word of the deportation, Vahram was in France and lawyers couldn’t intervene.”

“Marjan and Viktoria want us to do all we can to help bring Vahram back to Ireland. He has a young family here who were not even given a chance to say goodbye.”

Vahram is well known and liked in the local community, and is very active with his local football club.

As well as signatures for their petition from anyone who knew Vahram, GARN is also requesting legal assistance in this case.