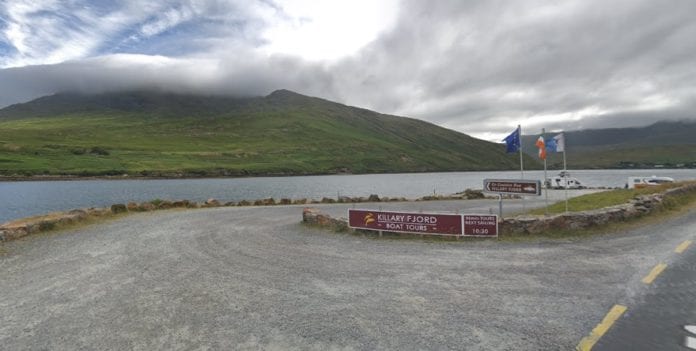 Galway County Council has refused planning permission for a new terminal and other facilities for a company providing boat tours on Killary Fjord.

Connemara Sea-Cruise, which own Killary Fjord Boat Tours, sought planning permission for the construction of a new terminal building at its site at Nancy’s Point outside Leenane.

The new terminal would include a ticket office, a manager’s office, a waiting area, café, kitchen, and toilet facilities.

Wastewater produced at the site would be tankered to a treatment plant operated by Irish Water at Letterfrack.

The county council ultimately rejected the plans on a mixture of road safety, economic, and environmental grounds.

Failte Ireland wrote to the council expressing their support for this project, saying that there is “an opportunity and a need to develop at this location and improve the overall offering of the attraction”.

The tourism agency also said that this project would contribute to their Visitor Experience Development Plan for the Connemara Coast and Aran Islands which aims to expand visitor numbers to the region.

Killary Fjord Boat Tours was first set up in 1999, and has operating sight seeing boat tours from Nancy’s Point, Leenane since 2000.

Currently it operates from a shore facility which just has a slipway and a car park, and this project was hoping to add new amenities, and a space out of the weather.

“The business has developed over a 20 year period and is well established as a key tourism attraction in Connemara, and currently carries over 35,000 passengers a year,” the application stated.

“The company is well respected within the tourism industry and has worked with all the main tourism tour operators. The business is a significant employer in the Leenane area.”

This new terminal would not only give more facilities to tourists, but allow the company to “present the story of Killary to visitors and to engage with them to enhance the visitor experience”.

Submissions were also made by An Taisce, concerned about the handling of wastewater on Killary Harbour, and Transport Infrastructure Ireland, which said that Killary Fjord Boat Tours is on a national secondary road where the maximum speed limit applies.

In refusing planning permission the county council said that the development would pose a traffic hazard by increasing traffic turning off the adjacent N59.

The council also said that due to the development’s rural location, the intensification of the economic activity, particularly the coffee shop/exhibition hall, would damage economic activity within the nearby Leenane village.

Finally it was said that without more information about the volume of wastewater to be created, and its transport for treatment, the council could not be certain this development wouldn’t pose a risk to public health or water quality within Killary Harbour.