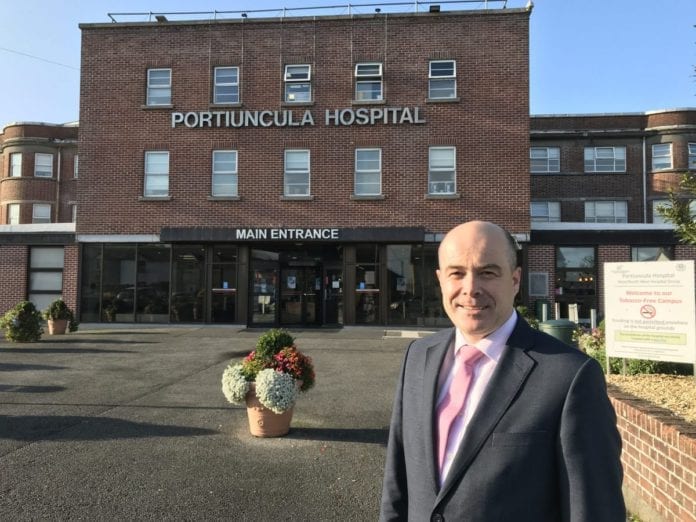 The paid parking system at Portiuncula Hospital is “immoral” and “totally unacceptable” said Galway TD Denis Naughten, calling for an overhaul of the system.

The Independent TD said that people at the A&E in Portiuncula are in the situation where they have to rush out and buy a buy a new ticket due to the pay & display parking system, or else face the risk of getting clamped.

“How could anybody going into A&E at present have any idea how long they are going to be and therefore how long they will need a parking ticket for with the current level of over-crowding?”

“In such situations people are paying for two hours but then having to rush out, sometimes with a sick child, to get another ticket because of the fear that they will be clamped.”

“Nobody who has experienced a long wait in A&E with a sick relative or child should be in a situation where they have to worry about being clamped when they go back to their car.”

Referring to a proposal to cap hospital parking at €10 per day, Deputy Naughten said that patients and carers should not be expected to pay for parking on top of the fee they’re already paying to attend A&E.

“In some cases this could result in bills of €300 for patients who must attend hospital five days a week for six weeks to receive treatment,” Denis Naughten said.

The entire system of car parking charges in hospitals needs to be overhauled to put the needs of those attending hospital first he added.

Patients, their carers, those providing transport to appointments and next of kin such as the parent of a sick child should never have to pay for parking in any of our hospitals and we must introduce an outright ban on clamping in hospital carparks.”