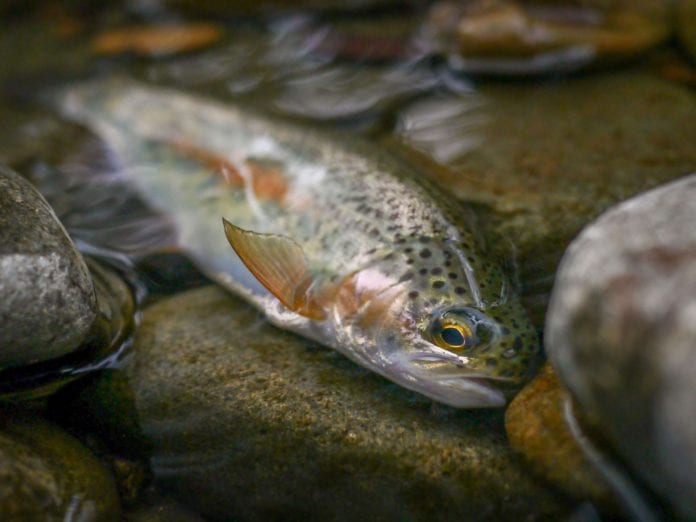 During the summer heatwave that Ireland sweltered through, temperatures in the Owenriff river were the highest recorded anywhere in Ireland.

According to Inland Fisheries Ireland the west Galway river was nearly 25 degrees for thirteen days during the heatwave, temperatures that are lethal to fish, notably salmon and trout.

If the water goes above 19 degrees for any length of time it will likely lead to a fish dying off and damage the species.

The highest temperature recorded in the Owenriff river during the heatwave was 28 degrees.

As the summer dragged on, the average temperature came to 18.6 degrees during all of June and July.

According to the Irish Times, IFI recorded dangerous temperature trends in many rivers around Ireland during the heatwave, with the west getting the worst of the damage.

Other badly hit rivers according to the state agency included the Erinriff river in Mayo, considered a key indicator of the health of salmon, trout and char.

The temperature in the Erinriff reached over 25 degrees, and Inland Fisheries Ireland reported that salmon had trouble surviving between high temps and low water levels.

The damage done to fish stocks during the summer heatwave is particularly troubling when considered in the context of climate change.

Dr Cathal Gallagher, the IFI’s head of research and development said that many cold water fish species are “at risk” with climate change models predicting temperature rises of at least 1.6 degrees worldwide.

He warned that rivers like the Owenriff could become completely inhospitable to species like trout and salmon during the summer, leading to an extinction in local diversity.