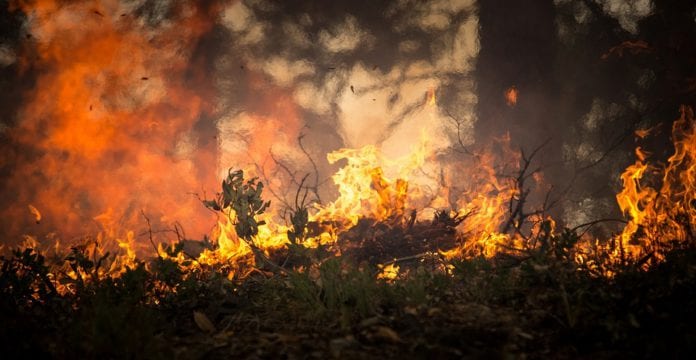 An orange warning for forest fires has been issued amid summer temperatures and a lack of rainfall.

The Department of Agriculture has issued its second most serious level of warning, saying that there is a strong possibility of forest fires in the west of Ireland this week.

The Orange Alert has been issued due to high pressure weather conditions and a lack of precipitation which is particularly affecting the west.

The warning will remain in place throughout this week until Friday at 12pm.

People are urged to beware of fires in areas where there is a concentration of fuels such as gorse, heather, dried grasses and other dead vegetation.

Forest owners and people living in rural areas are being asked to stay alert for fires and report anything immediately to the fire and emergency services.

Just last month a massive gorse fire in Donegal was only contained by the efforts of hundreds of fire fighters and volunteers.

For detailed advice go to https://t.co/ngCxjeFXmw

Be prepared. Be vigilant. Stamp out Forest Fires. pic.twitter.com/fAqrSBzYqH

Members of the public are urged to show every possible caution not to contribute to the risk of forest fires and gorse fires by avoiding lighting any camp fires or other fires in forests or open land at this time.