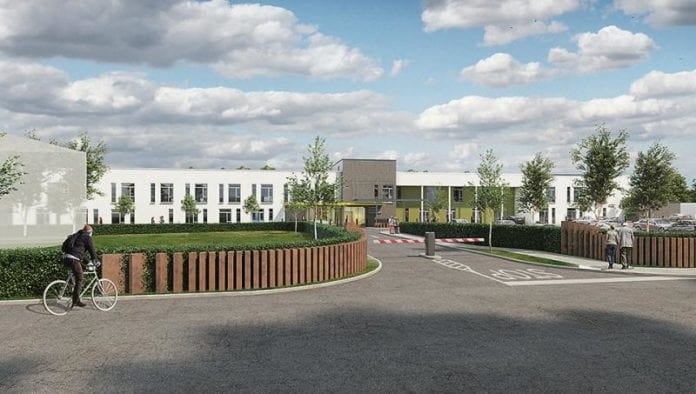 An oral hearing will take place tomorrow about plans for a new Galway Hospice building on the grounds of Merlin Park Hospital.

Plans for a new hospice with a daycare and 36 bedroom Residential Care Unit, with a focus on Palliative Care Services, were given approval in August.

The new hospice would also include a reception, daycare and therapy spaces, family accommodation, offices, a chapel, a mortuary, a library, and 159 parking spaces.

But that approval has been appealed by multiple groups and individuals including the Friends of Merlin Woods and An Taisce.

An Bord Pleanála is holding an oral hearing on the case at the Connacht Hotel on Tuesday, December 4 starting from 10am.

The current 18 bed hospice at Renmore has been serving as Galway’s main Palliative Care unit for 20 years.

The hospice has been seeking space to expand for a long time.

The Friends of Merlin Woods have said they are not opposed to the creation of a new hospice, but that it should be built on a different part of Merlin Park’s 84 acre grounds.

The chosen site is designated as an ‘EU Annex 1 Lowland Hay Meadow’, and the environmental groups is objecting on the grounds that the development will damage this wildflower meadow.

Galway city council voted to rezone the land within the city development plan to allow the project to go ahead.

But one stipulation included when the council granted planning permission is that an ecologist must be employed to monitor the project for its duration.

This ecologist shall have “cease work” powers in order to ensure the site’s conservation.

A final decision is due from An Bord Pleanála on whether to allow work to go ahead on the new Galway Hospice by January 21.