Yesterday’s figures in the AIB Pubs Outlook show that even with tourism booming in the county, just under four percent of Galway’s pub revenue comes from the United Kingdom, which is below the national average and low compared with Donegal where UK sales make up 16.4 %.

Nationally, Mayo has the most pubs per person, with a boozer for every 323 punters! 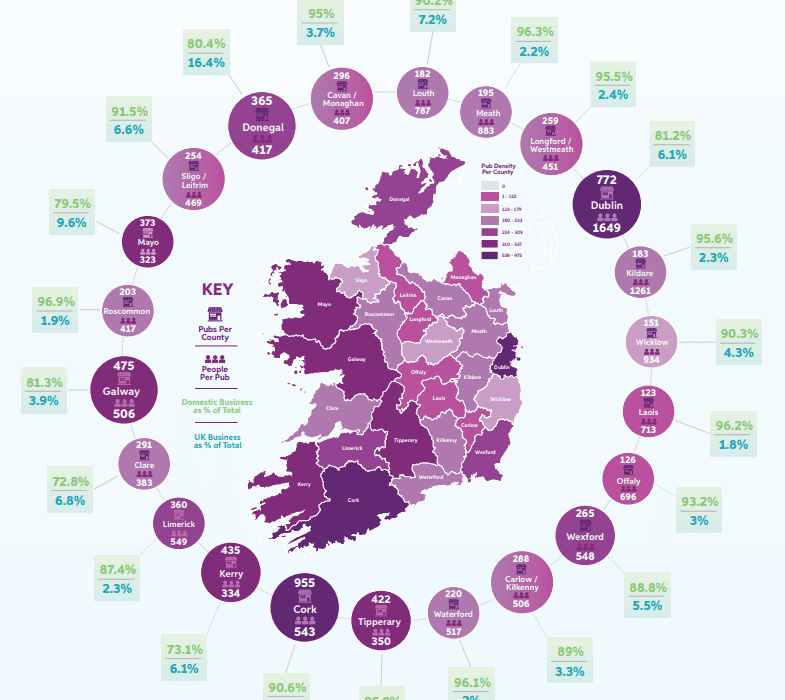 Tony Morrissey, Managing Director of Morrissey’s, the Dublinbased auctioneering and consultancy firm that specialises in the pub and hotel sectors, said that Galway is performing well.

“Outside of Dublin, Galway is performing very well, particularly Galway city and again there are two or three pockets in the city that are stronger than Dublin in terms of prices. Cork and Limerick are pretty much the same. Along the west coast, places like Westport and Killarney are also doing well,” he said.

85% of the turnover in Irish pubs is derived from the domestic markets; 5% comes from UK visitors, 5% from visitors from the USA and 5% from the rest of the world.

With nearly 7,200 licensed pubs operating throughout the country, the Irish licenced trade is a crucial component of Ireland’s important hospitality sector which employs 230,000, spends more than €2.9bn annually in wages and delivered €6.5bn in tourism revenues in 2017.