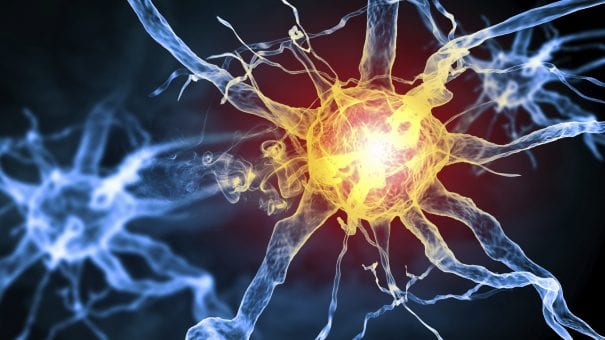 Scientist at NUI Galway have made a breakthrough in identifying genetic risk factors for schizophrenia which could lead to new treatments.

Schizophrenia affects an average of one in a hundred people, but its biology is still very poorly understood.

What is known is that it’s a highly genetic condition, so finding the biological answers to its causes and treatments lies in the roughly 20,000 genes that make up a human being.

In a new study, researchers at NUIG found that by inhibiting the function of a gene called SDCCAG8, which is known to be a risky gene for schizophrenia, they were able to change the function of brain cells.

This caused startling changes in behaviour, with the altered cells struggling to migrate or change into more specialised brain cells.

The team were also able to observe that hundreds of other genes were also getting disrupted in these cells, showing how brain function can be disrupted, leading to the development of mental illness.

Professor Ciaran Morrison, Head of NUI Galway’s School of Natural Sciences, said that this may provide them with a trail of breadcrumbs for how other genes may contribute to the biology of the disease.

“This can be exploited to help understand the biology of schizophrenia in greater detail and open up opportunities for new drug development, which is badly needed for this mental illness.”

Prof Morrison was one of the heads of this study, which has now been published in the journal Human Molecular Genetics, along with Dr Derek Morris, Director of the new BSc in Genetics and Genomics.

He said that advances in genome editing and sequencing over the last 15 years have revolutionised many areas of biology and biomedical sciences, as exemplified in their schizophrenia research.