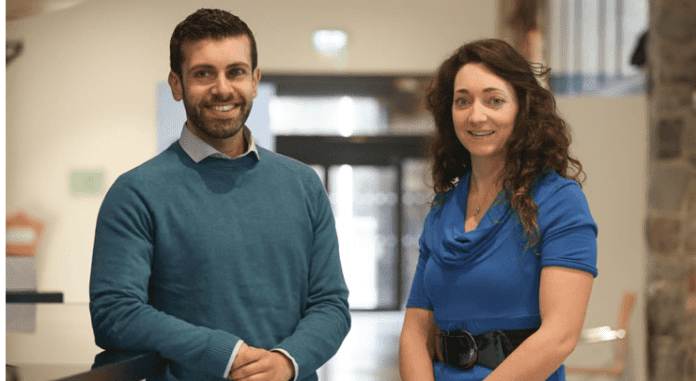 Two researchers at the School of Psychology at NUI Galway have received prestigious awards for their areas of research.

Dr David Mothersill received the ‘Royal Irish Academy Charlemont Grant’ for his research in Cognitive Neuroscience, as part of the Centre for Neuroimaging and Cognitive Genomics (NICOG) led by Professor Gary Donohoe.

The ‘Hockey Fit’ intervention was recently developed by Dr Rob Petrella and Dr Dawn Gill in Western University, Ontario to adapt the FFIT project to ice-hockey, within a Canadian context.

Dr Toomey’s award will enable her to visit Western University and explore the Canadian ‘Hockey Fit’ intervention with a specific focus on how FFIT components were adapted to suit a different sporting and cultural context, and inform how this might be used in an Irish context.

Speaking about her award, Dr Elaine Toomey said: “I am delighted and incredibly honoured to receive this award. As well as facilitating my own learning and development, this award will enable me to establish new collaborations between the Health Behaviour Change Research Group at NUI Galway and researchers from Western University, as well as strengthening existing relationships between our group and Ottawa Hospital Research Institute. It will also enable Canadian expertise in obesity research and knowledge translation to be disseminated to an Irish audience.”

Dr Mothersill received the award for research where he is currently developing a novel computerised test to examine social cognition in individuals with schizophrenia that will be useful in predicting real world social skills.

Social cognition refers to the ability to understand the perspectives and emotions of other people. Deficits in social cognition are a core feature of people with schizophrenia.

However, current tests designed to examine social cognition are limited by unrealistic stimuli and dependence upon an examiner.

Dr Mothersill’s award will allow him to take the computerised test he is developing and bring it to Queen’s University in Kingston, Ontario, where he will receive expert feedback from Professor Christopher Bowie, a leading expert in assessment and treatment of cognitive deficits in schizophrenia.

On receiving his award, Dr David Mothersill at NUI Galway, said: “I am delighted to receive this Charlemont Award. It provides me with an excellent opportunity to travel to Queen’s University, Ontario, and collaborate with one of the leading experts in assessment and treatment of cognitive deficits in schizophrenia, Professor Chris Bowie. This project will also strengthen existing collaborative ties between the Centre for Neuroimaging and Cognitive Genomics at NUI Galway and the Cognition in Psychological Disorders Lab in Canada.”