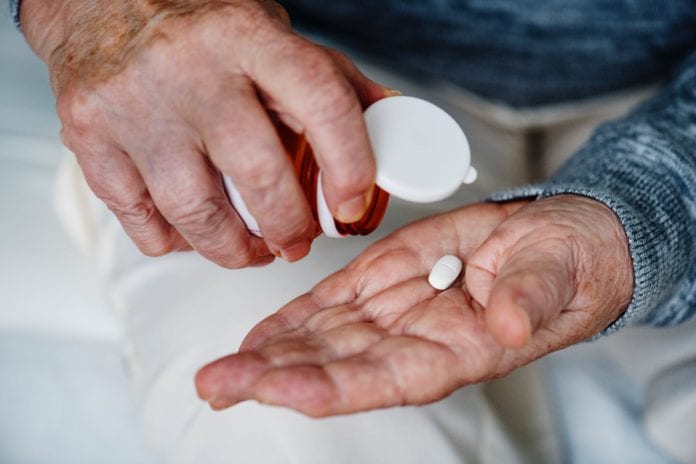 Bill McEvoy, an expert in heart disease prevention and Professor of Preventive Cardiology at NUIG is facing off with another international expert on the benefits of aspirin in preventing heart disease and stroke.

Aspirin is still a widely used medication for the treatment of pain, but has also been used as a preventative medicine to lower the risk of heart disease and stroke.

However, recently three clinical trials conducted in 2018 suggested that the medicine is less effective in the primary prevention of cardiovascular disease than had been previously thought.

Older trials conducted in the late 20th century described it much more favourably for people at high risk, but that was at a time when smoking was more common and treatments for high blood pressure and cholesterol weren’t as good as today.

It has been argued that with other risk factors improved in this day and age, people should stop using aspirin as a preventative medicine for cardiovascular disease since it causes increased bleeding, especially in the stomache.

However, Professor McEvoy, who reviewed evidence for another trial published in march of this year insists that aspirin still has a role to play.

Looking at those three trials he points to the end results of two which showed that there was a reduction in non-fatal heart attacks with aspirin use.

Dr McEvoy, who is a consultant cardiologist at Galway University Hospitals, also pointed to the fact that a quarter of patients in those trials didn’t take their medication as prescribed, whereas past trials had people be more diligent.

Arguing against him is Professor Sigrun Halvorsen from the University of Oslo in Norway who says that the use of aspirin is simply no longer justifiable from a medical standpoint.

Both agree that aspirin should be continued in those who have already suffered a clinical heart attack or stroke, in order to reduce the chances of a recurrence.

Ultimately, McEvoy feels the ball should be in the patient’s court after discussing the options and risks with their doctor.

They can decide for themselves whether they prefer to carry the risk of heart disease or a bleeding episode.

This debate is important because aspirin is so widely used and because it will also be published in the New England Journal of Medicine, the premier international medical publication, which is widely read by doctors around the world.

“As an Irish physician, its great to be invited to lead this international debate among physicians around the world,” Professor McEvoy said.

I’m proud that Galway and Ireland are flying the flag of heart disease and stroke prevention and this article is great exposure for the research we are carrying out at NUI Galway and the National Institute of Preventive Cardiology.”