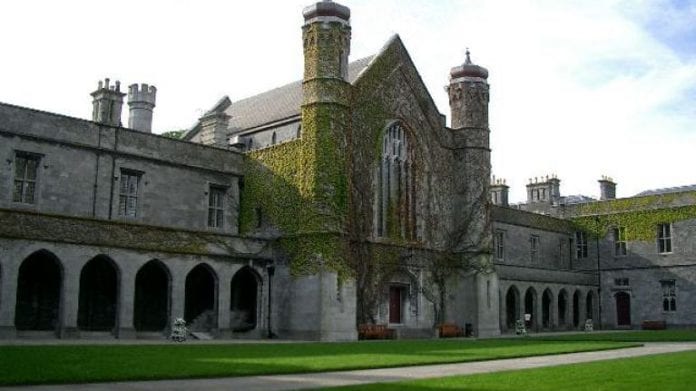 A lecturer of NUIG has tweeted an anti LGBT Sentiment during Pride Month.

Pride Month is celebrated during the month of June every year where the LGBT community celebrates in a number of different ways.

Across the globe, various events are held during this special month as a way of recognising the influence LGBT people have had around the world.

The month of June was chosen as Pride Month because it was when the Stonewall Riots took place, way back in 1969.

In recent days, Sean Leen who lectures in the Mechanical and Engineering Department at NUI Galway sent out an anti LGBT tweet in reaction to the choice of jersey that the Ireland team had for a friendly game against the USA on Saturday June 2nd.

Ireland subsequently went on to win that game as they beat the USA on a scoreline of 2-1 in the final Three International Friendly of the Season.

On the 2nd of June 2018, the NUIG lecturer Sean Leen sent out the following tweet which has been noticed in recent days by the Student’s Union President and many others.

This is a disgrace – what about the 1 in 3 people who voted against immorality in the so-called ‘Marriage equality’ referendum? https://t.co/LFJN7ieqt9

President of the Students Union Lorcán Ó Maoileannaigh and others who have seen the tweet have reacted.

For an academic staff member of @nuigalway to be making comments like this undermines every LGBT+ student&staff member of the university and our collective pursuit of equality. Let’s look forward not back&show our students that such hate will not be tolerated #prideineverystudent https://t.co/NfzEyYmW62

This is a disgraceful comment to make, especially in light of the university’s policy of supporting minorities and being a tolerant, inclusive space. You know many of the people you teach are of the LGBT community, yes?

And yet another headbanger lets loose. Didn’t realise we had so many until marriage ref and the #ref8

Equality issues have affected NUI Galway in the past when it was at the center of a high-profile gender discrimination row but 2018 saw the University claim official recognition for its work to advance gender equality.

The college has received the internationally recognised Athena Swan bronze awards, which demonstrates a solid foundation in eliminating gender bias.

The above tweet by the NUI Galway lecturer Sean Leen shows that although the University has come so far, equality still seems to be an issue that needs addressing.