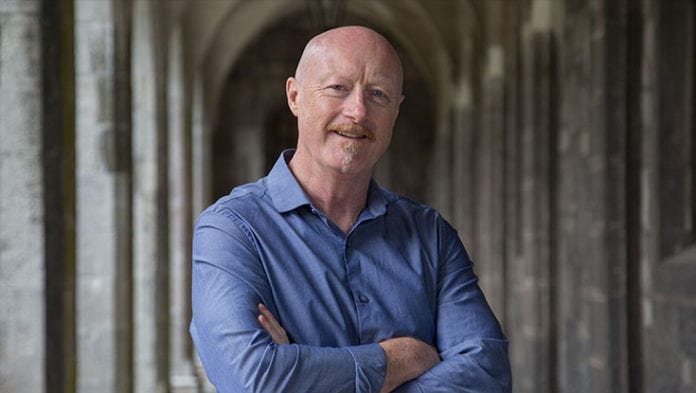 With the support of Science Foundation Ireland Prof Dalton will be heading the creation of a strategy to develop preventative vaccines for parasitic diseases in both humans and animals.

“To develop new vaccines we need to understand the basic biology of the interaction between the parasite and its host,” Prof Dalton said describing his new role.

“From this we can devise vaccines to break this relationship and protect the host, and we now have the molecular, bioinformatics and genetic tools to do this, as well as the technology to manufacture vaccines.”

Parasitic diseases like worms are one of the most prevalent health conditions around the world, affecting almost two billion people globally.

The majority of these occur in regions of the world where households earn less than two dollars a day, such as sub-Saharan Africa, Asia, and South America.

They have a particularly high morbidity among children, and can severely impact economic potential of these regions, and make health issues related to poverty.

Work on this new programme will have the advantage of expertise in infectious diseases already established at NUIG and Teagasc, Athenry, Prof Dalton said.

This is a perfect research environment to translate our research into real and practical outcomes in veterinary and human medicine, not only for Ireland but also for much less well-off regions in the world.”

While infections with parasitic worms, such as pin-worm, may have been common in Ireland over 70 years ago, due to better sanitation and control measures these are, thankfully, now infrequent.

However, within the agricultural community parasitic worm infections are all too common – think about the annual advertisements on TV that advise farmers to drug-treat their animals to rid them of fluke, lungworm or other parasites!

In fact, Irish farmers spend over €90 million per year to protect their sheep, cattle and pigs from such parasitic diseases.

“The ultimate aim is to benefit farmers”, says Professor Dalton, “they need better means of detecting diseases on farms so that they can strategically, rather than randomly, treat their livestock.”

“It saves them money, effort and, in the long term, can help eradicate disease.”

He has also served as Director of the Institute for the Biotechnology of Infectious Diseases, University of Technology Sydney, Australia.

Professor Mark Ferguson, Director General of SFI said it was great to see Prof Dalton “bringing his wealth of knowledge and expertise in infectious diseases to Ireland through the SFI Research Professorship programme.”

Another aspect of this project will be looking at just how parasitic diseases manage to cling to life inside a host that wants them gone for so long.

Parasites can survive up to 20 years in humans and animals and they do this by manipulating the immune responses of their host.

Prof Dalton said it was fascinating to see how parasites have evolved to “selectively and effectively control specific arms of the host immune system”.

Beyond just fighting the parasites themselves, understanding how they suppress the immune system so selectively could have huge implications for treating conditions in humans where the immune system is over-reacting.