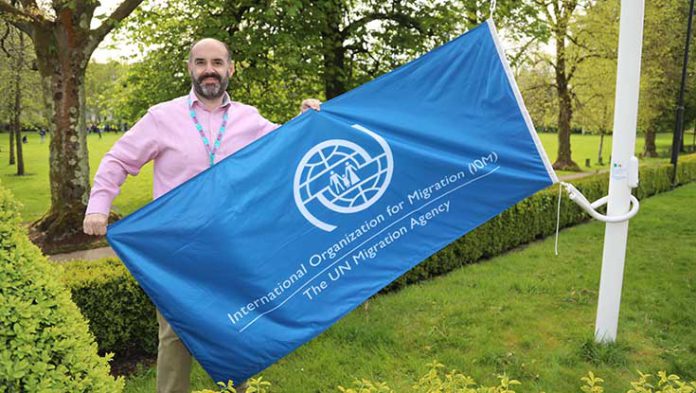 NUI Galway is partnering with the International Organisation for Migration and Irish Aid to challenge fake news around migration.

The project is being led by Tom Felle, Head of Journalism and Communications, and will  initially run in four countries – Mexico, Serbia, Morocco and the Philippines – before expanding to other countries as the project evolves.

Lalini Veerassamy, chief of mission of IOM in Ireland said that having a reputable partner like NUIG is key for creating training on “media and migration” at the new Global Migration Media Academy.

He said that the global foundation course will “equip journalists from all over the world with the necessary tools to develop more balanced and accurate narratives on migration which in turn will reduce the spread of misinformation.”

The importance of accurate and truthful public information surrounding migration has been highlighted in recent years in high profile areas such as the Brexit campaign, much of which was premised around controlling the UK’s borders against immigrants, or Donald’s Trump’s presidency which targeted people coming from Muslim nations and Mexico.

In Ireland, migration has been a contentious issue in local communities when discussing asylum seekers, and the placement of direct provision centres.

Courses will draw on migration research and data, as well as exploring how unfolding global developments like Covid-19 influence migration and public attitudes.

Ciarán Ó hÓgartaigh, President of NUIG said “Projects such as this speak directly to two of our core values: respect and openness. By championing respect and openness, we hope to have a transformative effect on society, in Ireland and internationally, setting a positive example of excellence beyond our University.”

“Our journalism academics are international experts in media literacy and it is an honour for them to work with the IOM on this vitally important international project, as supported by Irish Aid, which will have far-reaching positive learning for society.”