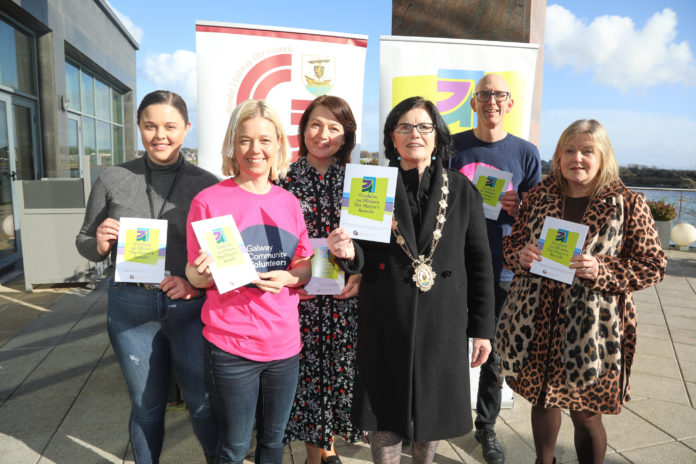 Nominations have opened for this year’s Mayor’s Awards, which mark outstanding contributions made by individuals and community groups across Galway city.

Mayor of Galway City, Cllr Collette Connolly, who launched the awards this week, encouraged the public to put forward nominees who have made a difference to their community.

The annual Mayor’s Awards are an opportunity to acknowledge people who commit time and effort to make their community a better place.

Each award winner will receive a specially commissioned trophy and €500, along with an individually designed Mayoral Certificate at a ceremony on Tuesday, 24 May in the Galmont Hotel.

Cllr Connolly said that everyone knows people who despite their incredibly busy lives still find time to support neighbours, local groups and community in a very significant way.

“If there is an individual or group that deserves to be recognised for their efforts, please nominate them,” she said.

“On this, the nineteenth year of the Awards, I am looking forward to acknowledging and celebrating true community spirit as per the long-established Irish meitheal that brings communities together.”

The Mayor added that Galway City Council acknowledges the contribution made by all volunteers across the community.

The Council is inviting nominations for individuals or groups involved in voluntary activity in Galway city in the following categories:

If you would like to nominate an individual or group for any of these award categories, you can complete an online nomination form at www.galwaycity.ie/MayorsAwardsNomination.

Nomination forms are also available from City Hall and the City Libraries. The closing date for online nominations is Friday, 1 April 2022 at 4pm.

For further information on the Mayor’s Awards please email mayorsawards@galwaycity.ie or telephone 091 536358.