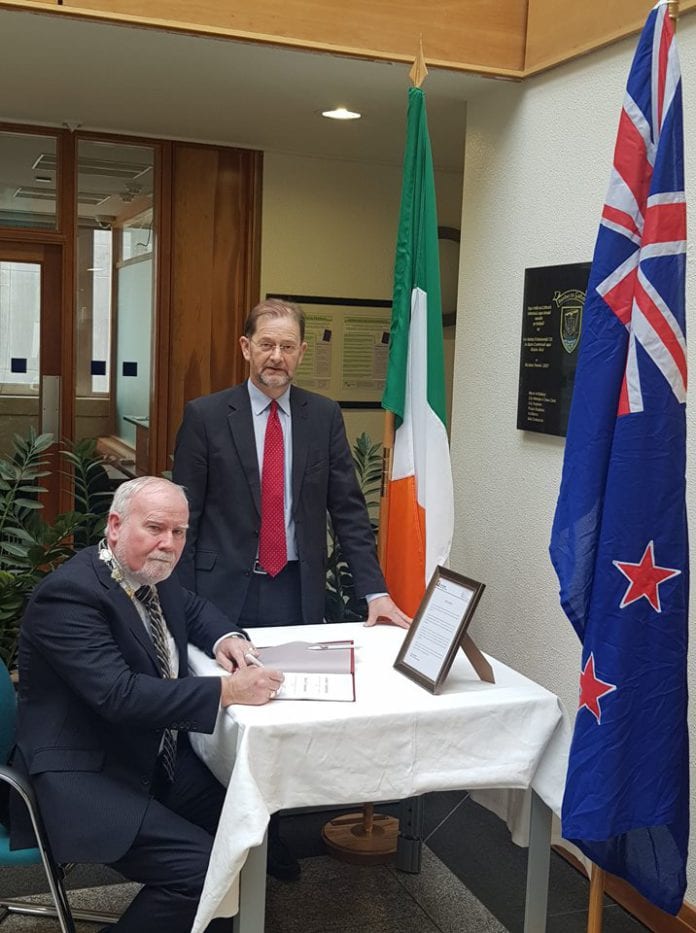 A Book of Condolence has been opened at City Hall in memory of the victims of a terrorist attack in Christchurch, New Zealand.

Deputy Mayor Donal Lyons opened the book of condolence this morning  “in solidarity with the people of New Zealand, in memory of the victims of the attacks in Christchurch”.

The death toll from the far right terror attack on two mosques in Christchurch last week has risen to 50 people.

The book of condolence will be available for members of the public to sign in city hall during opening hours until Friday March 29.

The Ahmadiyya Muslim Association in Galway is planning to host a vigil at the Maryam Mosque on the Old Monivea road this Thursday at 7:30pm.