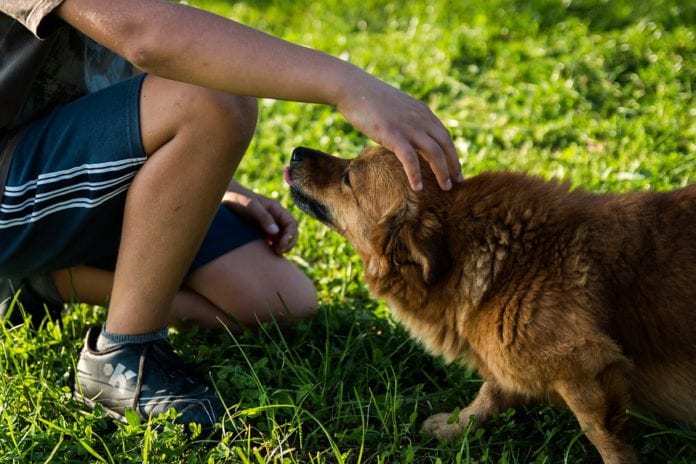 Approval has been given for the construction of new dog park in Athenry for the joy of our canine friends.

The Athenry Dog Park Committee is planning to build a place where dogs and their owners can socialise and play on a 0.52 hectare site at Knockaunglass field on the Esker Road in Athenry.

The dog park will be divided into three separate, contained areas: One are specifically for small dogs, one unrestricted area for dogs of all sizes, and a socialisation area.

The Committee was granted the use of this site by the Athenry Community Council to create an area “where dogs can socialise, exercise, and play as well as provide an area where dog owners can socialise”.

Each of the three areas will include equipment such as tyres, planks, tubes and other items to stimulate the dogs at play.

For the owners, the design includes two shelters where people can sit out of the rain and still keep an eye on their dogs.

The park will be surrounded with a 1.8m high chain link fence, with each of the separate areas for the dogs also fenced in.

Access will be controlled by an entrance gate with a keypad lock, the access code for which will be distributed to dog owners by the developer through their website and social media.

Parking would be achieved through an existing 20 space car park adjacent to the site.

The Athenry Tidy Towns Committee have been enthusiastic in their support for the dog park, saying that it would help keep the area clean.

The committee also said in a letter of support that they are planting plant trees around the boundary of the Knockaunglass site and will continue to do so.

One submission was made to the county council concerning this development by Athenry Boys’ School, situated adjacent to the site of the dog park.

The school noted that there are currently no warning signs or lights along the road indicating that there is a school ahead.

It was also noted that there is no footpath on the road and “our school assigns a staff member to assist the pupils to cross the road prior to and after school”.

“We feel that to allow a further development that will attract additional traffic in such proximity to the school without addressing the dangerous nature of the road and the lack of a footpath may be premature”.

Concerns were also expressed about how the dogs would react to the large volume of noise generated from the school during lunch times.

Galway County Council granted planning approval with four conditions attached, including that no floodlights are allowed at the park without further planning permission.