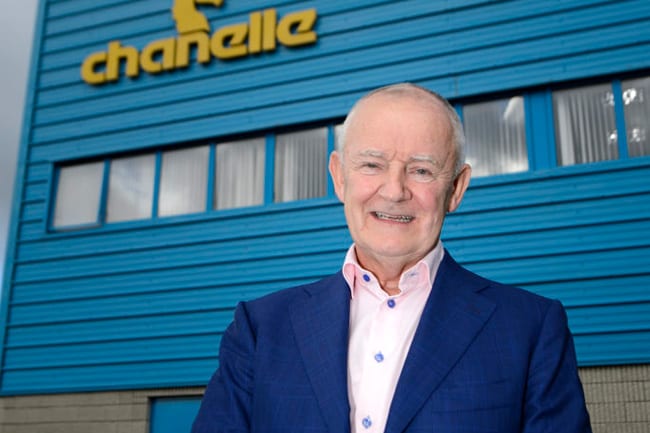 Ireland’s largest domestic pharmaceutical company will create 350 jobs in Galway over the next five years at a new manufacturing facility in Loughrea.

The Loughrea based Chanelle Group is investing €86 million in the new manufacturing plant for liquid and paste medicines bound for the US market.

Construction on the new facility is expected to begin in 2019. When it’s completed it will bring the total number of people employed by Chanelle to 850.

Minister for Trade and Foreign Affairs Simon Coveney was in Loughrea this morning to mark the official opening of Chanelle’s latest expansion to its facilities in Galway.

The Irish Times reports that the €10 million Spot On manufacturing facility the Minister opened is the first of its kind in Europe.

Spot On is a topical treatment marketed around the world to protect dogs and cats from parasites.

Minister Coveney welcomed the announcement of hundreds of new jobs in Galway made at the opening ceremony.

“The investment announced today is the largest by Michael Burke in the history of the company,” Minister Coveney said,

“And through Enterprise Ireland, the Government is pleased to support Michael as he grows Chanelle Group and creates valuable employment here in Loughrea. I wish Michael and his company continued success in the future.”

Chanelle is a privately-owned company that specialises in generic pharmaceutical products, working in human and animal genetics to create products to go on the market once patents expire.

It currently hold over 1,700 animal health licences registered in the EU, more than any other company, with a further 500 registered globally.

In human medicine, the Chanelle Group hold 800 medicine licences around the world.

This is the latest in a series of expansions the company has made to its Loughrea headquarters in recent years that have created dozens of jobs in Galway.

Michael Burke, owner and Managing Director of the Chanelle Group, said that since 2016 investment to the tune of €55 million has created 175 jobs.

“We develop 15 to 20 new products every year; this level of innovation is unheard of in many larger multinational companies.”