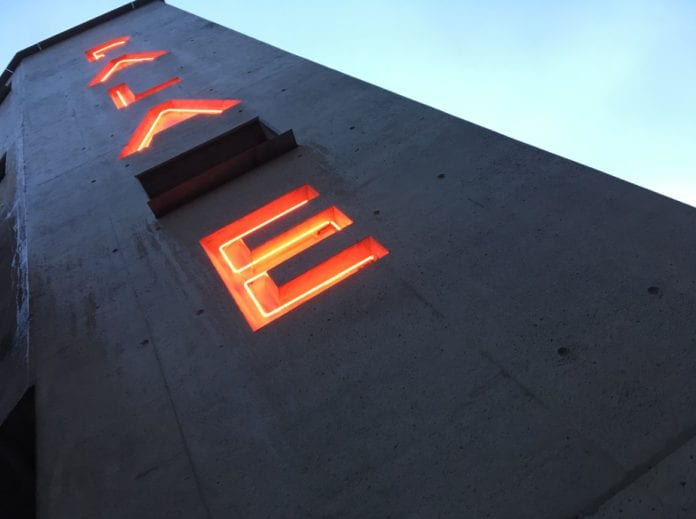 Pálás, the eagerly anticipated arthouse cinema on Merchants Road Lower in Galway city – which has been under construction since July 2009 – will finally open its doors this Friday, February 23rd.

The first films to be shown at the new venue will be night and evening screenings of Lady Bird, The Shape of Water, and I, Tonya.

Tickets will be available to purchase from the cinema’s website, which is set to go live tomorrow.

Pálás means “Palace” in Irish. The building was originally designed by architect Tom de Paor for Solas Galway Picture Palace, a company that was liquidated in 2017 after receiving €6 million in funding to develop an arthouse cinema in Galway’s city centre.

Funding for the project came from various sources, including the Department of Arts, Heritage and the Gaeltacht, Galway City Council, the Irish Film Board, and the Arts Council.

Development of the property had been plagued with issues that saw costs skyrocket and construction repeatedly delayed.

Element Pictures, which runs Dublin’s Lighthouse Cinema, instead took over the development and operation of Pálás in 2016. The building itself is still owned by Galway City Council.

A Department of Arts spokeswoman told Fora.ie last year that the total cost of the project was expected to reach around €9 million.

Since the takeover, there has been much speculation about the cinema’s opening – particularly after a recruitment announcement in December advertising a number of positions due to begin early this year.

At last, after nearly a decade, the speculation is over.

An earlier version of this article stated that the construction was undertaken by local firm JJ Rhatigan. Galway Daily would like to clarify that JJ Rhatigan only took over construction after the original contractor went bust, and completed the building in good time.