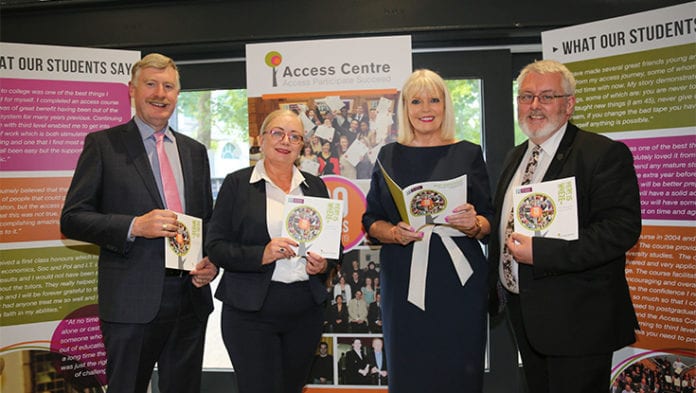 A greater number of people disadvantaged or under represented groups are accessing higher education in Galway than ever before.

A new report ’20 Years of Access education in NUI Galway’ was launched by Minister for Higher Education Mary Mitchell O’Connor this week showing record progression on disadvantaged or underrepresented groups in third-level education over the last twenty years..

The Access programme at NUI Galway is celebrating its 20th anniversary this year with a record of thousands of people given a leg up to higher education.

Since it first began more than 3,600 people have completed Access programmes at NUIG, 90 percent of whom went on to take an undergraduate degree.

The Access Centre at NUI Galway delivers one-year pre-undergraduate programmes both on-campus for school leavers and mature students, and off-campus in outreach centres in Sligo, Ballinasloe and An Cheathrú Rua.

Of those who took an undergraduate course after the Access programme 77% completed their studies and received their degree at NUIG.

The ratio of people who went through the access programme was 62% female and 38% male.

Imelda Byrne, Head of the Access Centre at NUI Galway said that the past 20 years have shown the impact of the Access programme “in offering an alternative pathway for disadvantaged and underrepresented groups”.

“It clearly outlines the vitally important impact Access can have into the future for the participants.”