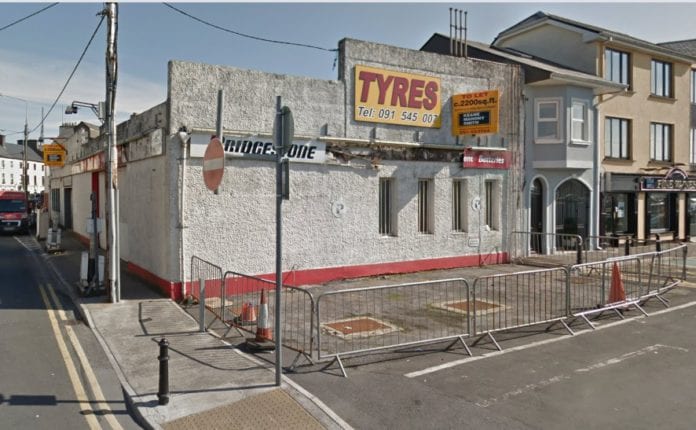 More time is being sought for a project to convert a derelict filling station in Galway City to a restaurant.

Planning permission to convert the derelict Corrib Service Station on Fairhill Road Lower to a restaurant was first granted in December of 2015.

The plans call for a change of use of the existing garage/service station to a sit down restaurant, alterations to road facing fenestration, and the addition of six velux windows.

Owner PJ Canney also intends to build a first floor over part of the ground floor which include ancillary office space, as well as a staff changing area, staff room, and storage space.

The original application stated that the station had already been derelict for over 10 years, and that a viable restaurant at this site would be “in the interest of urban regeneration”.

“The existing garage, in its present condition, is the only undeveloped site on the Raven/Griffin/Fairhill triangle, whilst also holding the most prominent position on the triangle due to its dual exposure to both Fairhill Road Lower and Father Griffin Road”.

“The proposed development will give the derelict site a new vibrant use, with an attractive facade treatment which will complement the existing urban fabric of the urban island.”

“The proposed development will also maintain and build on the critical mass of the city to strengthen economic growth and competitiveness as outlined in the CDP.”

No work has yet taken place on the project due to “economic downturn” the EOD application states.

Canney is now seeking a five extension of the original grant of planning permission.

Galway City Council is due to make a decision on whether to grant the EOD application by August 5 of this year.