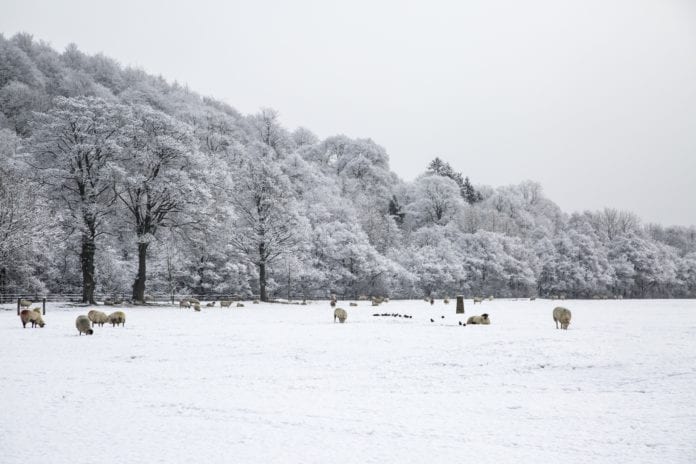 A -10 degrees wind-chill factor is forecast for Co. Galway as temperatures plummet later this week.

Met Éireann’s national forecast says that it will be dry on Monday night apart from the odd snow flurry near the east coast. A sharp frost will form with temperatures falling between -1 and -5 degrees in light or moderate easterly breezes.

Tuesday: Frost gradually clearing on Tuesday morning to leave it dry at first with some sunny spells.

Cloud will increase from the east in the afternoon with patchy sleet and snow moving in but it should remain dry in Galway. Maximum temperatures on Tuesday of 2 to 5 degrees in a biting east to northeast wind.

Tuesday night will remain mostly dry in the West, with the worst of the wintry showers in the east of the country. A severe frost will form with temperatures falling to between -3 and -7 degrees.

It will be extremely cold on Wednesday with sunny spells and snow showers, but again, the snow showers will be heaviest and most frequent across the eastern half of the country. Temperatures will remain below freezing in most parts of the country with frost and ice persisting through the day. Maximum temperatures will range from -1 to +1 degrees in strong and gusty easterly winds.

For Wednesday night, further snow showers are expected, but Connacht will experience just a few flurries in parts. Severe frost will form nationwide with temperatures falling to between -3 and -7 degrees in strong easterly winds.

Thursday will be bitterly cold with scattered snow showers. Highest temperatures ranging from -1 to +2 degrees, in strong east to northeast winds. A more persistent spell of snow is expected to move up from the south during Thursday night, with significant accumulations in many areas. Fresh to strong easterly winds will lead to drifting in places.

Met Éireann say early indications are for further falls of snow for a time on Friday, but clearer conditions, with scattered snow showers, will extend gradually from the south. Temperatures not quite as low as on Wednesday and Thursday, but still very cold.

Ok so y’all remember when I tweeted that picture of the reddest chart I’d ever seen in work? And everyone lost their minds? Well… #cold #snow #weather Watch out for those in need; #elderly #Homeless #AnimalWelfare pic.twitter.com/uYs6ET15m2