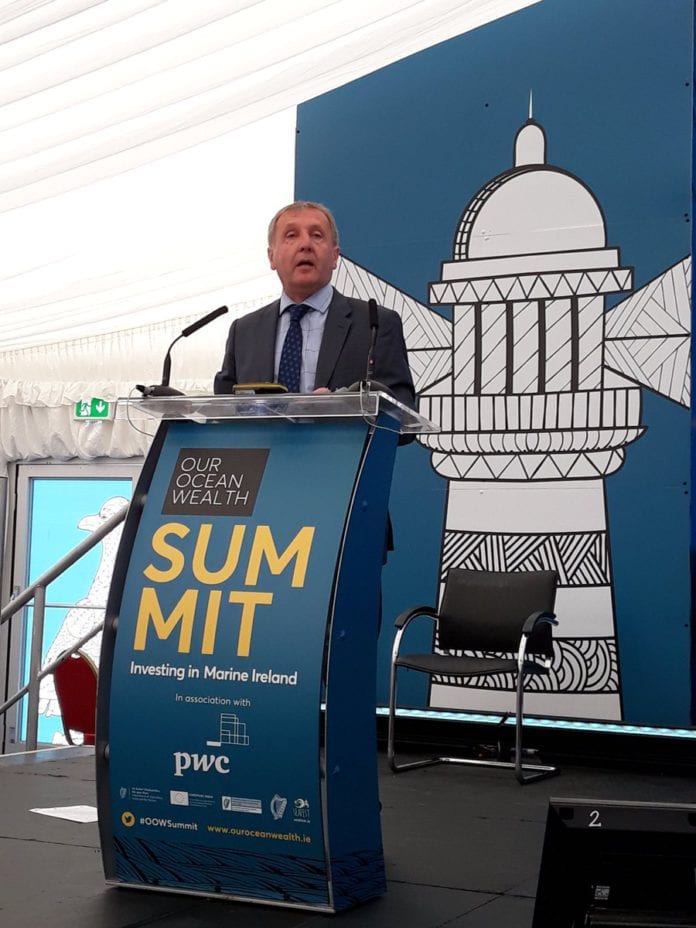 The Minister for Agriculture, Food and the Marine, Michael Creed TD yesterday hosted a Brexit Fisheries Discussion in Galway as part of the Our Ocean Wealth Summit and SeaFest.

Minister Creed delivered the opening address which focused on the current state of play in the Brexit negotiations and how they relate specifically to fisheries.

Perspectives on the same theme were then given by Mr. Pim Visser, President of the European Association of Fish Producers Organisations and Mr. Joost Paardekooper from the European Commission.

This was followed by a panel discussion which included representatives of the Irish Fishing Industry; Sean O’Donoghue of the KFO, Patrick Murphy of the IS&WFPO, Francis O’Donnell of the IFPO, Hugo Boyle of the ISEFPO and Lorcán Ó Cinnéide of the IFPEA.

Minister Creed spoke of the solidarity of the EU27, noting: “The unity of fishing Member States and the fishing industry in terms of protecting our common interests has been clear and unwavering.”

The Minister went on to say that ‘It is important also to point out the sterling work being carried out by the European Fisheries Alliance’ who were represented today by Mr Sean O’Donoghue of the KFO and Mr Pim Visser of the EAPO.

While discussing the current state of the Brexit negotiations, Minister Creed said today that ‘Ireland wants the closest possible relationship between the EU and the UK post Brexit’.

The Minister continued: “The EU27 position is that any attempt to restrict access to fishing grounds or any unilateral moves on quotas detrimental to EU27 interests would jeopardise an agreement on a future relationship.

“The high turnout for this event demonstrates the desire of the Industry to pull together in the effort to protect Ireland’s interests as we enter Brexit negotiations.”