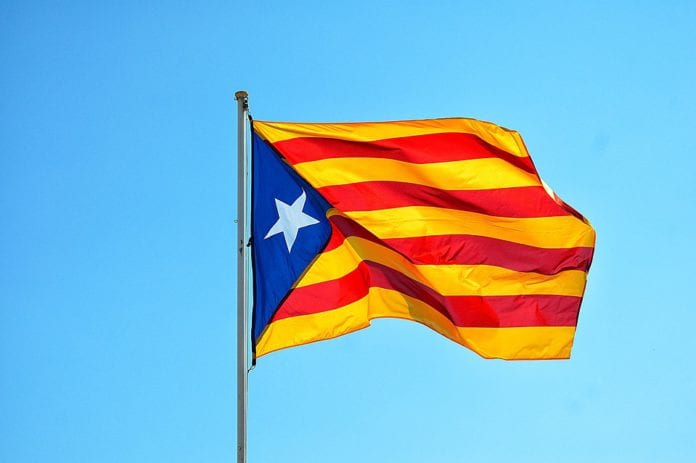 The Midlands North West MEP was speaking following a conference on the abuse of fundamental rights by Spain held this morning in Strasbourg.

“There are now nine political prisoners jailed and awaiting trial for ‘rebellion’ for organising the October 1 independence referendum in Catalonia. Some have been jailed in pre-trial detention for more than seven months already. They each face up to 30 years in prison.

“Several other political leaders have been forced into exile in Europe including former President Carles Puigdemont, who I have met in Brussels. The fact that courts in both Belgium and Germany have rejected the Spanish extradition warrants shows just how dubious these charges are.

“In Germany an extradition warrant against Mr Puigdemont was declined because the court pointed out there was no evidence of any form of violence by the organisers of the referendum, while in Belgium we had the bizarre spectacle of the actual prosecutors urging the court to throw out the warrant against two former Catalan ministers.

“The position of the European institutions, including the Parliament, that the political repression in Catalonia is an ‘internal matter for Spain’ is simply not sustainable.

“I am especially disappointed with the fact that the majority of MEPs have remained silent after two of their former colleagues were jailed. Raul Romeva served as an MEP for the Greens group for a full decade from 2004-2014, before taking up responsibilities as Catalonia’s Foreign Minister. Oriol Junqueras was an MEP for Esquerra Republicana from 2009-2012, and later became Catalonia’s vice-president.

“The European Parliament needs to take a position condemning the Spanish government for its jailing of our colleagues Raul and Oriol, and I sincerely hope that all Irish MEPs will support this call in future.

“We are entering an extremely dangerous situation in Catalonia as the rise of the right-wing anti-Catalan party Ciudadanos is spurring on increased repression by the Spanish government.

“In recent months we have seen major crackdowns on free speech, with rappers, artists and social media users being jailed for ‘terrorism’ for their song lyrics or for posting Tweets. The Spanish government is trying to ban the colour yellow from public spaces, as it symbolises solidarity with the political prisoners.

“It would be laughable if it were not such a serious situation. Most disturbingly, we have seen mobs of ultra-right Spanish chauvinists attack pro-independence people and property, and yellow symbols, in recent weeks – incited by government rhetoric and completely unhindered by the Spanish police.

“Now is the time, finally, for some leadership on this issue from Europe”.