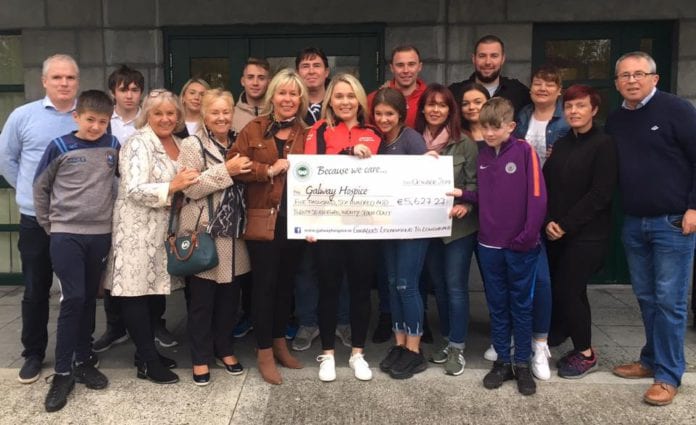 One local women raised €5,627 for Galway Hospice in September with a memorial cycle and tea party in memory of her two grandmothers.

Ginalee Healy cycled between the houses of her two grannies, from Liscaninane to Loughnane, in a sponsored event to raise money for Galway Hospice.

Though the event took place on September 22, it wasn’t until early October that the money could be given over to the hospice as donations kept pouring in.

The hospice thanked her and everyone who contributed saying “A big thank you to Ginalee Healy, her family, friends and everyone who supported her Tea Party & Cycle from One Nanny’s House To The Other”.