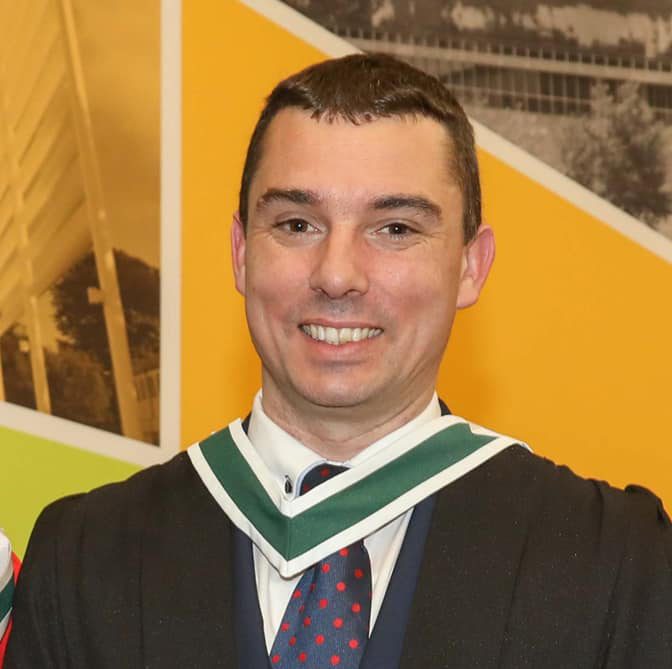 A Mayoral Reception will be held this summer for Galway’s Owen Ward, for his work breaking down barriers to higher education for Irish Travellers and other disadvantaged groups.

Owen Ward, then a Professional Master of Education student, became the first member of the Travelling Community elected to the governing body of a university in Ireland when he joined NUI Galway’s Údarás na hOllscoile in February of 2020.

Mayor of Galway Mike Cubbard posted to facebook that he was “delighted to announce” that a Mayoral Reception will be held for Ward this summer, hopefully taking place on June 11.

He praised Ward for his own achievements, but for his “determination to break down barriers” for other people in the Travelling Community in third level education.

Ward left school at the age of 16 without having completed his junior of leaving certificate. He later returned to education through the Access Programme at NUI Galway.

From there, he secured his place at the university, and later graduated with honours, before returning to complete a Masters.

Mayor Cubbard said that Ward is a “brilliant role model” for other people who have left school early.

Ward not only advanced his own education despite the roadblocks in his path, but also helped many others to do the same.

During his time as a student he was a co-founder of the Mincéirs Whiden Society with fellow Traveller students at NUI Galway and the Galway Traveller Movement, and also mentored other students from disadvantaged backgrounds.

He also played a key role in establishing the University of Sanctuary programme a NUIG, which provides scholarships for asylum seekers, refugees, vulnerable migrants and Irish Travellers.

Ward has also gone on to become a Programme Coordinator at the same Access Centre which helped give him an opening to higher education.

“As Mayor, I would like to acknowledge Owen for his efforts in breaking down so many barriers on route to his success but for creating a future for so many, not just those in the Travelling Community but from various immigrant groups and vulnerable people.”

“I know work is ongoing to also create a pathway for those with Autism to ensure everyone in society has an equal opportunity at progressing in third level education,” Mike Cubbard said.

“On a personal level, it is a great honour to recognise a fella ‘Westside young fella’! If we are all given a fair chance, we can be whatever we want to be.”