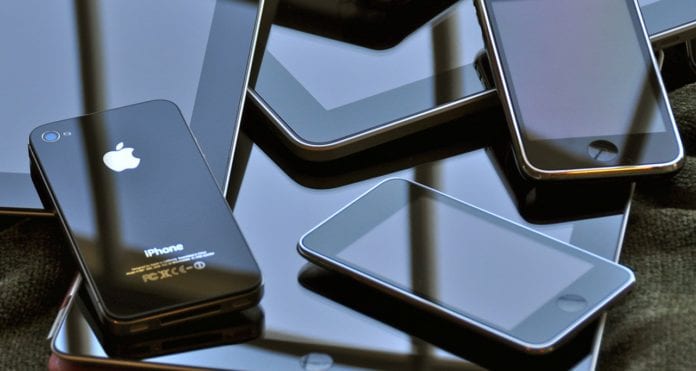 A man who stole six iPhones from women’s handbags at multiple city nightclubs in April 2016 appeared in court with €600 compensation.

Moses Akani (20), of 163 Fearann Rí, Doughiska, was charged with six counts of theft at Carbon, Electric, and Four Four nightclubs between April 8 – 29, 2016. Four of thefts took place in a single night on April 28.

The stolen phones were all high end iPhones, either model 5c or 5s, with a combined value of €2525.

Garda Pat Foley conducted the investigation into the thefts and recovered the phones from Mr. Akani’s bedroom when his home was searched in May 2016.

Judge Mary Fahy ordered Akani to pay €100 compensation to each of his victims at a previous hearing in February for the distress he caused them.

She noted then that young women who are out at night often need their phones for security reasons.

Akani brought that money with him to court this week and Judge Fahy directed garda Foley to see that it reaches the young women its meant for.

Akani had previously failed to appear for a hearing in November last year, and a bench warrant had to be issued for him.

In February, solicitor Sean Acton told the court that it was because his parents, whom he said were very Christian people, were disgusted by his actions and sent him back to Nigeria for a spell so he could appreciate the benefits he enjoyed in Ireland.

In mitigation this week, Akani’s solicitor told the court that these thefts all took place in a short period in 2016 when he was unemployed.

The court heard that since then he has entered into full-time employment and will be returning to university in September.

This week he was assessed for community service and found to be a suitable candidate.

The court ordered him to serve 150 hours of community service with a five month prison sentence should he fail to complete the full order.

Similar concurrent community service orders were ordered for the other theft charges.

Update: This article has been to clarify Akani’s home was searched in May 2016, not March as was previously written.