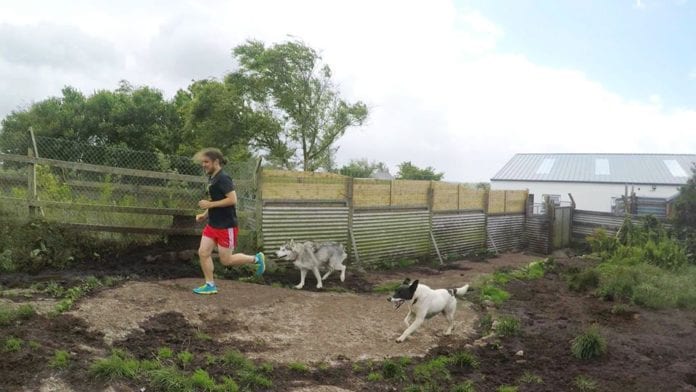 A volunteer at MADRA is preparing to run a full marathon this weekend around a dog walking track, to raise vital funds for the charity.

Owen Harney will take to the dog rescue charity’s tracks on Sunday, 16 August, and will complete around 91 laps – which is 42.2 km or just over 26 miles.

While some were from genuine cases such as a death or unavoidable changes in a family’s circumstances, a lot of the dogs were abandoned and many had suffered abuse.

Owen Harney said that all of these dogs find another chance at rescues like MADRA.

“They find shelter and safety, they are cared for, and they (sometimes for the first time) get to experience positive interactions with people to help with their rehabilitation, take away their fear, and get them ready for their new homes,” said Owen.

“It does come with considerable costs though – vet bills, food, beds, blankets, cleaning supplies, toys and other things to help keep the dogs relaxed, mentally exercised, and allow for play, and of course the small but massively dedicated staff.

“This is what I’m hoping to raise money for when I run a marathon consisting of 91 loops around the dog walking trail at MADRA, on August 16th.”

Donate HERE and watch the video below!